Home Blog Premises Liability Dog Bites in Texas: Your Pet Could Bankrupt You!

Dog Bites in Texas: Your Pet Could Bankrupt You! 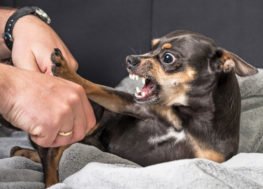 If you or someone you love has ever experienced a dog bite, then you know how challenging it is to deal with the aftermath. Serious attacks can result in severe injuries, high medical bills, and even death. Much of the media attention on this topic focuses on a few select breeds that are commonly viewed as being the most likely to attack humans, but the fact is that every dog has the capacity to bite. And if you are a dog owner, you need to understand that you could be financially ruined if your dog bites and injures another person.

Across the nation, dog bites result in financial losses in excess of a billion dollars a year. On the surface, that might seem like a preposterously high estimate for damages, but some experts actually think that it could be as high as twice that amount. Thousands of dog bite claims are filed every year, and insurance companies estimate that these incidents make up roughly a third of homeowners claims.

From a medical standpoint, the facts reveal nothing short of an epidemic. According to national statistics, some 850,000 bite victims seek medical care for dog bites in any given year. Of those, roughly 350,000 receive their care in the emergency room. More than a decade ago, a CDC study found that four and a half million dog bites occur annually. Most experts acknowledge that the number has increased dramatically over the last ten years.

With total costs that exceed a billion dollars a year, it should come as no surprise that bite-related home insurance payouts can amount to as much as $400 million each year. The remaining six-hundred million dollars or more in damages and medical costs end up being paid for by the victims of the attacks. Unfortunately, that can amount to many thousands of dollars, depending on the severity and nature of the attack.

There has been much written and said about the state of the nation’s dog bite laws. As a general rule, these laws usually fall into one of three categories, each of which defines owner liability in accord with certain criteria:

Some legal systems always hold dog owners responsible for attacks and the injuries that result from those bites. Those rules hold that owners are to be held liable even in cases where the victim intentionally provokes the animal.

The second legal standard holds that owners are only responsible in instances where they are found to have been negligent in the handling of their animal. Examples of this standard would be situations where owners did not have their dogs properly leashed, or otherwise restrained.

The third standard is often called the “one-bite” rule, and it has become less and less common in recent years. Under this legal standard, owners are not to be considered responsible if the attack was their dog’s first. Owners are liable for offenses that involve dogs that have previously demonstrated aggression, including vicious behavior and bites or nips.

The Law in Texas

Texas technically has no statutes governing dog bites. While the state has been criticized for this fact, there is a legal standard in effect throughout the state: the one-bite rule. Under Texas law as defined by the Supreme Court of that state, common law strict liability is enforced, and victims can receive compensation from dog owners when the owner can be demonstrated to have been aware of the dog’s violent tendencies or history of attacks.

The Court has also held that victims can receive compensation if the owner can be shown to have been negligent in the handling of the dog – even in cases where the animal had no prior history of aggressive conduct. In addition, the courts have held that landlords are liable in instances where they fail to remove dangerous animals from their properties.

As a pet owner, you need to be aware of your liability concerns and know how to control your animal and protect yourself from potential financial loss. There are a number of steps you can take to guard against a potential financial loss that include securing sufficient homeowners insurance, properly restraining your dog at all times, and monitoring how others interact with your pets.

As a citizen, you need to be aware of the dangers that unattended or improperly-managed dogs can pose to yourself and your loved ones. Small children and infants should never be left unattended when dogs or other large animals are in the area, and even adults should seek permission from dog owners before approaching their animals. As with most things in life, due diligence and common sense can usually help to ensure that unnecessary incidents are properly avoided.