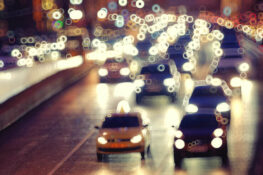 Interstate 20 is one of the primary east-west routes across Texas and the U.S. Southeast. It covers a distance of 635 miles from the Texas/Louisiana state line near Waskom to the I-10 junction in Reeves County east of Kent, TX. Near Arlington and Fort Worth, I-20 is known as the Ronald Reagan Memorial Highway.

A study released in 2021 by the Austin-based insurance marketplace The Zebra named I-20 the second-deadliest highway in the U.S. That study said there were 13.52 fatal crashes per 100 miles on I-20 in 2019, based on 208 total fatalities in six states.

Another study of statistics from the Federal Motor Carrier Safety Administration (FMCSA), which regulates the trucking industry, said Interstate 20 is the fourth most dangerous interstate in the nation for commercial truck drivers, with 4.7 fatalities for every 100 miles during rain or snow.

The experienced Texas car and truck accident lawyers of Herrman & Herrman PLLC can respond promptly if you or a loved one of yours has been seriously injured in a crash on I-20 in Texas.

Herrman & Herrman can investigate your accident on I-20 in Texas to determine who was at fault and gather evidence to file an injury claim against the responsible driver and their insurance company. Contact us now to schedule a free case evaluation with no further obligation from you. We have offices in Ft. Worth, Brownsville, McAllen, Corpus Christi, Corpus Christi South Side, San Antonio, and Houston.

Why Are There So Many Bad Motor Vehicle Accidents on I-20?

High speeds and the density of traffic around metropolitan areas are primary contributors to the high number of accidents on I-20. In addition to the Dallas-Ft. Worth metroplex, I-20 cuts through the Longview-Tyler, Abilene, and Odessa-Midland metro areas.

The most common causes of motor vehicle crashes on I-20 in Texas are:

Many accidents on I-20 are rear-end accidents caused by some combination of improper speed, inattention, and following too closely, particularly in heavy traffic. Sideswipe accidents happen when drivers drift out of their lanes or attempt an improper lane change without making sure an adjacent lane is clear.

A rear-end collision or a driver losing control on a slick road at interstate speeds can trigger a chain reaction of accidents and a pileup. People distracted by looking at the aftermath of a crash may become part of a growing accident scene. Multi-vehicle pileups on I-20 cause numerous serious injuries and property damage in addition to tying up traffic for hundreds or thousands of other travelers.

Work Zone Accidents on I-20 in Texas

Road construction in Texas is an ongoing activity, particularly on highly traveled highways such as Interstate 20. Highway construction zones represent potential safety hazards that hundreds of thousands of drivers must pass through every day. When traffic is slowed down and re-routed through a work zone, drivers who are driving too fast or not alert for sudden traffic slowdowns may cause work zone collisions.

The TxDOT says more than 22,000 accidents occurred in work zones statewide throughout 2020.

Truck drivers are often involved in work zone accidents because it takes large, heavy trucks longer to stop. Truck drivers who are driving too fast or following too closely are more likely to cause rear-end collisions if traffic slows unexpectedly due to changes in traffic patterns. Tractor-trailers and other large trucks also have wide blind spots that make it more difficult for them to change lanes quickly in a work zone.

In addition to current road construction projects, the TxDOT has begun the I-20 Texas Corridor Study to identify needed improvements along Interstate 20. This study will likely lead to future road work and numerous work zones, detours, traffic backups, and crash hazards.

Damages in a Car Accident on I-20 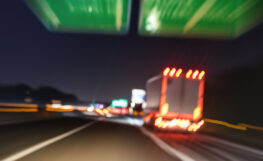 Commuters, travelers, commercial truck drivers, and others who cause accidents on I-20 through negligence or recklessness can be held accountable for the injuries they cause.

When operating a motor vehicle, every driver has a legal duty to drive safely to avoid harming others. To establish that the other driver in a car accident was negligent or reckless, you must show that the driver’s actions or failure to act caused the accident that resulted in your injuries. An accident victim must be able to show that:

Punitive damages are designed to punish a defendant for outrageous or intentional conduct and serve as notice that such behavior is not acceptable. These types of damages may or may not be allowed, depending on what the driver did to cause the accident.

Get Legal Help Following an I-20 Auto Accident in Texas

Contact Herrman & Herrman PLLC car accident lawyers if you have been injured in an accident on Interstate 20 in Texas that was caused by another driver.