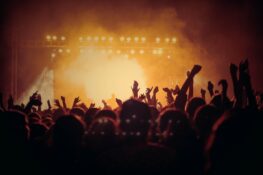 Our hearts go out to those who lost their lives or were injured in this tragic event. We are here to help victims get justice.

Astroworld, a 2-day music festival in Houston , TX, was held on November 5, 2021 leading to deaths and injuries. A “crowd surge”  is “when individuals in a large group make a sudden or rapid movement within a confined space, sometimes resulting in people being shoved or even trampled… It’s different from a stampede, in which individuals move toward a single direction, often in a state of panic or confusion.”

This happened most recently at Astroworld during rapper Travis Scott’s performance—resulting in 20 people being sent to nearby hospitals, where 11 were in cardiac arrest. In the end, 300+ people were treated on-site, and 8 have passed away.

When seeing the videos of the event and hearing the witness accounts, it’s clear that people felt helpless and fearful during the chaos. There were screams for help that couldn’t be heard over the performances and fans.

When situations like this happen, we question whether enough security measures were taken. How many security personnel were there to manage the 50,000+ people in attendance? Did they have proper barriers to stop attendees from going into restricted areas? There’s footage showing people rushing the entrances to the event, did people get in without tickets?

Herrman & Herrman’s Houston concert injury attorneys are investigating and looking to find answers for those that were injured.  Currently, details of what actually happened are still unclear— many people want to know what caused the surge and was there enough security to protect the concertgoers?

The Mass Casualty at Astroworld: Next Steps

Many of you may know that Travis Scott has a history of concerts getting out of control and leaving people injured. In 2018, there were 3 people injured. In fact, this performer is known for the high energy and mosh pits at his concerts.

Who Can Be Held Liable for Music Festival Injuries?

After a tragic event causing mass casualties. like Astroworld, a few parties may be investigated for their role. Herrman & Herrman is investigating to find answers for attendees who were injured or lost loved ones at the Astroworld event.  Our team of Astroworld lawsuit lawyers are considering the responsibility of the following parties:

If you or someone you love has been impacted by this event, contact an attorney immediately to start your case.

Herrman & Herrman attorneys investigating the events that occurred at the Astroworld festival and are here to assist those injured and families affected by this tragic event. Our Houston personal injury lawyers will not stop until we have answers and will fight for victims. At Herrman & Herrman, our legal team can take on the most difficult cases with full confidence. Our team has a long record of successful verdicts and settlements. We have prevailed in cases filed against individuals and corporate entities, both in state and federal court. Call today for help. Our law firm has offices in Corpus Christi, Corpus Christi South Side, Brownsville, McAllen, San Antonio, Houston, and Ft. Worth, TX.