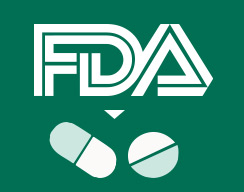 The U.S. Food and Drug Administration (FDA) is tasked with keeping consumers safe from the unreasonable risk of injury or death from drugs and pharmaceutical products. Every year, drugs released in the market are later found to have severe or fatal side effects that were not known prior to the release.

The FDA’s response may involve recalling the drug or demanding that the manufacturer add a “black box warning” based on the specific situation.

However, certain side effects may not be evident until many thousands of people have taken the drug for a period of time. The agency issues safety alerts for various drugs as the potential for risk unfolds.

Injured by a Dangerous Drug?

The government has recalled various drugs in recent years, many of which were in widespread use for years prior to the recall. Some of the most commonly recognized pharmaceuticals that have been recalled include:

On the market for 27 years, this drug was recalled for an increased risk of birth defects, miscarriages and premature births, inflammatory bowel disease, and suicidal tendencies in patients.

This drug was recalled in 2001 after being on the market for three years. It was found to cause a breakdown of muscle fibers, which released myoglobin into the blood, leading to kidney failure.

Bextra was on the market for over three years before being recalled after it was discovered to be associated with serious cardiovascular adverse events, including death, heart attack and stroke, as well as in increased risk of serious skin reactions and gastrointestinal bleeding.

Prescribed for 30 years, Cylert was recalled in 2010 for causing liver toxicity.

On the market for 55 years, these drugs were recalled in 2010 for causing serious toxicity to the heart, and over 2,110 deaths were associated with these drugs.

This drug was recalled in 2000 after being associated with 49 cases of ischemic colitis, 21 cases of severe constipation requiring surgery, and five deaths, as well as mesenteric ischemia.

This drug was on the market for 13 years and recalled in 2010 for increased risk of cardiovascular problems and risk of stroke.

This drug, used to treat a specific bone marrow cancer, was recalled in 2010 for increased risk of death and veno-occlusive disease (vein obstruction).

Used to treat psoriasis, this drug was found to be associated with a rare and usually fatal condition of inflammation or progressive damage to the brain.

This medication reduced blood loss during surgery and was in use for 15 years. Produced by Bayer, the drug was found to be associated with an increased risk of death, kidney damage, congestive heart failure and stroke.

This drug was on the market for over five years and recalled in 2004. It was determined to cause an increased risk of heart attack or stroke, and linked to approximately 27,785 heart attacks or sudden cardiac deaths.

Used to treat severe sepsis and septic shock for 10 years, the drug was found to have no survival benefit and was recalled in 2011.

On the market for over 4 ½ years, the drug treated irritable bowel syndrome, as well as chronic idiopathic constipation. It was recalled in 2007 when it was associated with a higher risk of heart attack, stroke and heart and chest pain (angina). It is still in use on an emergency basis.

Were You Injured by a Drug?

At Herrman & Herrman, P.L.L.C., our defective drugs lawyer and legal team take on personal injury cases associated with damage caused by dangerous drugs and pharmaceutical products. The drug may have been recalled due to the risk to public health from side effects or may have had manufacturing errors causing the drug to be corrupted and to endanger human health. Call today for a free case evaluation from a highly respected litigator who has achieved the highest possible peer review ratings, and a firm that has recovered millions in damages. Call now for the help you need to get justice.