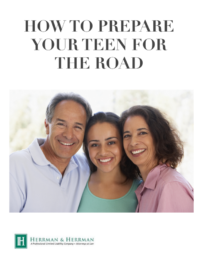 Together, we offer you more than 100 years of combined legal experience. We take seriously our duty to provide personalized legal representation to people who have been unjustly injured in the Corpus Christi, Corpus Christi South Side, Brownsville, McAllen, San Antonio, Houston, Ft. Worth, and areas of Texas.

The AAA Foundation found that a single teen passenger increases a teen driver’s crash risk by 44 percent if no older person is in the vehicle. The risk doubles with two passengers and quadruples when carrying three or more passengers younger than 21 and no older passenger.

The high rate of teen driving accidents persists even though Texas has a three-stage graduated driver’s license (GDL) program that is meant to give new drivers the chance to develop their driving skills over time in lower-risk situations.

The Texas program requires a new driver younger than age 18 to hold a learner’s license for at least six months before moving on to the second phase. A learner’s license requires a licensed adult in the car with the teen driver. After passing a skills test, drivers may obtain a provisional license, restricting driving privileges for drivers under 18.

At age 18, an individual’s driving license in Texas is no longer restricted. However, if a teen younger than 18 violates GDL restrictions at the time of a crash that injures others, their violation of the law may be held against them in a legal claim.

Can Parents Be Sued for Their Child’s Car Accident in San Diego? 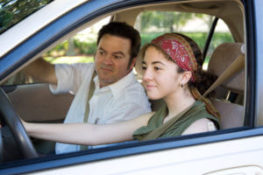 Teen drivers in Texas may be held responsible for deliberate violations of the Safety Responsibility Act, which requires drivers to have auto liability insurance. Their parents can be legally responsible for paying court fines and costs if their teen doesn’t have the financial resources to satisfy the penalty.

All cars registered with the Texas Department of Motor Vehicles must have certain required levels of insurance coverage. Texas law doesn’t require that teen drivers with a learner’s permit have their insurance. But once the teen obtains a driver’s license, he or she is subject to the same minimum automobile insurance requirements as an adult driver.

Many parents in Texas have their teenage drivers listed on their auto insurance policies or pay for auto liability insurance on vehicles teens drive on their own. If a teen causes an accident, their parents can expect anyone injured to seek compensation through their liability insurance.

A claim for accidental personal injury (including property damage) against a child’s parents would have to cite parental negligence. The claim would assert that the parents knew of their child’s propensity to harm and failed to take reasonable steps to correct or arrest (stop) the behavior, such as by not letting them have the keys to the car or asserting that they were negligent in trusting them with the car.

Such a claim would be supported by evidence of the teen’s prior negligent or reckless driving, such as a previous speeding ticket, DWI charge, or accident. A parent who allowed a child younger than 18 to drive in violation of Texas GDL Phase Two restrictions may also be held liable.

If a teenage driver caused a car accident in Texas that left you or your loved one seriously injured, the teenage car accident attorneys of Herrman & Herrman are here to help. We can assess your case and explain your legal options at no charge. We will not charge you for additional legal work unless we recover your compensation.

For more information or to schedule an appointment with one of our experienced attorneys, please contact us online or call our Corpus Christi office at (361)-882-4357.