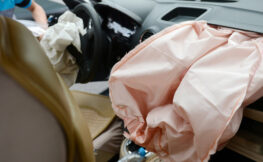 We offer a free initial consultation to review your injury and discuss the options available to you. If you hire Herrman & Herrman, PLLC, you won’t owe us any legal fees unless we collect compensation on your behalf. To learn more about our services, call (713) 565-1899 or visit our contact page.

How Does the Airbag Deployment Process Work During a Katy Car Accident?

If you’ve been injured by an airbag during a car accident in Corpus Christi or elsewhere in Texas, you should speak to a knowledgeable car accident lawyer as soon as possible to discuss your rights to seek compensation for your injuries. Get a free initial consultation today with the car accident attorneys at Herrman & Herrman, PLLC. Call (713) 565-1899 or visit our contact page.

H&H are the best personal injury attorneys around and I wouldn’t trust to hire anyone else.
- Celena E.
Celena E.
about Celena E.
5 / 5 stars
★★★★★
View More Testimonials