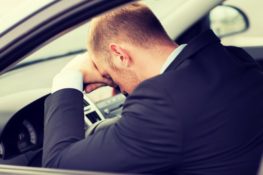 Who are Drowsy Drivers in Plano Car Accidents?

How Our Plano Drowsy Driving Accident Lawyers Can Help

Our experienced Plano personal injury lawyers are dedicated to pursuing justice for our clients and the maximum compensation they are entitled to receive. We have more than 100 years of combined experience and a successful track record of recovering high-value settlements and verdicts for those we represent.