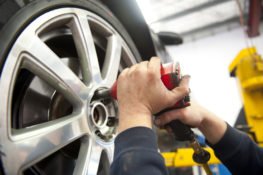 Vehicle recalls happen all the time for various reasons and they can be really frustrating at times.  These recalls can be initiated for many reasons, anything from faulty windshield wipers to security breaches can result in your vehicle being recalled for service.

What most people don’t understand, however, is the urgency that these recalls bear. It is not uncommon to have many vehicle owners waiting until their next servicing date to fix the issues that caused the vehicle recall in the first place. Worst still, approximately 30% of vehicle owners involved in recalls refuse to even get the flaws fixed. These factors are all that can eventually cause you to lose your life in certain cases.

Owners that are affected by a vehicle recall choose to ignore them or put them on hold for a plethora of reasons. Most commonly, these people refuse to have their vehicles sent for repairs simply because they underestimate the danger of the defects in their vehicles. Many people underestimate the importance and necessity of sending their vehicles for servicing when they receive a recall letter. Granted, many a time, these vehicle recalls happen for the most trivial reasons, including faulty windscreen wipers. A large majority of vehicles tend to toss the recall letters aside, forgetting all about them and failing to realize the dangers that vehicles with faulty parts pose to them and their families.

Now, you may ask, what threat can a manufacturing flaw in my vehicle possible pose to me? Let us take a look at some prominent examples where defective parts led to major vehicular accidents that took away the lives of many.

Takata, an auto parts manufacturer for various Japanese car brands, once issued a recall for about 19 million vehicles of various makes and models due to a manufacturing defect which caused the airbag installed in the vehicles to explode.

Another example in which deaths have occurred as a result of the failure to repair recalled vehicles would be the 2014 recall of around 29 million General Motors cars. These cars that were recalled had faulty ignition switches and power steering which caused airbags to fail to deploy. 124 deaths were caused by the faults of these vehicles that were not repaired despite being recalled.

Clearly, from the case studies that we have just examined, the damage that can arise from failing to repair a recalled vehicle is truly devastating. As such, servicing your vehicle immediately should you ever receive a recall letter would definitely be the best course of action that you can take to ensure your own safety and the safety of those around you. If you’ve been injured due to a vehicle manufacturing defect, seek legal help.