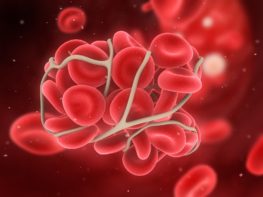 Thousands of ailing Americans have had blood clot filters placed in their bodies to prevent deadly blood clots from reaching their heart and lungs.

An NBC News investigation found the Recovery blood clot filter manufactured by C.R. Bard Inc., is linked to 27 deaths and hundreds of non-fatal injuries. The filter was used on patients at high risk of blood clots and implanted in the largest vein in the body to trap clots.

The NBC report states that Bard may have known about the potential for patient injuries and continued marketing the product anyway.

Medical device manufacturers have a legal duty to make products that are safe and effective when used as directed and to warn of known hazards. People who are harmed by medical device defects may be eligible to be compensated for their injuries, including pain and suffering and the death of a loved one.

One 45-year-old woman who sustained serious injuries in a 2004 car accident had one of the devices installed to keep blood clots from reaching her heart. Four months afterward, she nearly died when a piece of the filter broke off and pierced her heart. She had to undergo emergency surgery to have a piece of filter removed.

Another woman was 55 when she had the Recovery filter put in after suffering a brain aneurysm. She was alert when she left the hospital, according to a news report, but died a week later. Rather than performing as designed, the filter, which was placed below her kidneys, was pushed by a blood clot into her heart, puncturing it, the autopsy showed.

After issues arose with the Recovery filter, Bard hired the public relations firm Hill and Knowlton, according to NBC News. The firm warned Bard that bad reports about the device could hurt its stock prices and destroy its medical standing.

Bard also hired a physician who conducted an internal study, which NBC News obtained. The study found that the Recovery filter was more likely to fracture or move and to cause death than similar blood clot filters from other manufacturers. The doctor urged the manufacturer to investigate the matter further.

In spite of deaths and injuries, Bard did not immediately recall the filter and sold 34,000 more over three years before putting a redesigned filter called G2 on the market.

Bard officials refused to be interviewed by NBC but issued a statement saying its filters were cleared by the Federal Drug Administration (FDA) and can give patients “significant benefits.”

Even so, Bard had to jump through hoops to put the Recovery on the market. After the FDA rejected Bard’s first application, the company hired Kay Fuller, a knowledgeable regulatory specialist, to guide its application through the process.

Fuller told NBC that the company failed to give her important information detailing the safety performance test results of the filter. She said a small clinical trial on the product brought up problems, but when she raised concerns, the company sent a message she would be removed from the regulatory application team.

Even though the company took the Recovery off the market in 2005, more than 20,000 people are living with one implanted in their bodies.

How a Defective Medical Device Lawyer Can Help

The attorneys at Herrman & Herrman are experienced at handling the complex cases involving defective medical devices. We work with medical experts and product engineers to determine whether a product defect likely caused a patient death. These are complex cases requiring substantial resources to pursue.

We put a great deal of emphasis on holding manufacturers accountable when they put dangerous or deadly products on the market without warning consumers of the potential effects.

People who suffer injuries or even death from such manufacturing defects, and their families, should receive compensation for the pain they suffer.