How to Deal with Drunk Drivers 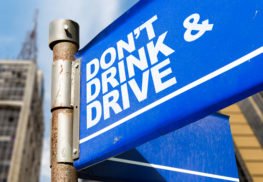 A stunning 31% of all the traffic deaths in the United States were involving people who drove while they were intoxicated. That’s no less than 10,000 persons a year or 28 a day! Driving while intoxicated is commonly known as DUI (driving under the influence), but in some states, it’s also referred to as DWI (driving while intoxicated), OWI (operating while impaired) and OVI (operating a vehicle under the influence). This is not only very deadly but also illegal in all 50 states.

Most Important Reasons to Not Drink and Drive

There are many reasons why one shouldn’t be driving while intoxicated, and the first and most important reason is the fact that this is this behavior is not only reckless, but also extremely irresponsible, especially when you consider the number of traffic accidents and deaths that occur because of drunk drivers. On top of that, drunk driving has been illegal since 1910.

While DUI laws have been in place for over a hundred years now, it used to be handled as a routine traffic violation until recent years. Nowadays, however, driving under the influence of alcohol is treated as a criminal offense, and can result in some serious penalties, depending on the state the offense is committed in.

Driving under the influence of alcohol is regarded as a criminal offense once your BAC (blood alcohol concentration) goes above 0.08. The number of drinks you need to consume for such a situation to occur varies depending on your body mass, but for the average Joe, just three drinks (beers, wine, and liqueur) is enough to pass the 0.08 limit. For those of more petite stature, even 2 drinks could be too much.

Getting arrested for DUI can get you some serious penalties including the temporary impounding of your vehicle, revocation of your driver’s license, a fine up to thousands of dollars and even jail time in more serious cases. The sentence depends on various factors, including the damage caused, the BAC test result and whether or not you have any prior DUI offense on your record.

One DUI case that attracted much attention was the case of Ethan Couch, a 16-year old that caused a fatal car accident while driving a pickup. With a BAC three times above the limit, Couch crashed into a disabled vehicle, killing 4 and injuring 12 others.

Couch was sentenced to 10 years of probation, as opposed to the 20-year sentence the prosecutors were seeking. If Couch had been an adult at the time this happened, the result of the trial could have been very different.

Of course, even if you are as careful as possible and obey traffic rules to the letter, there will always be someone who doesn’t.

In the unfortunate event that you are involved in a traffic accident caused by someone who was driving while intoxicated, these are the steps you should take immediately, or ask someone to help you with:

Depending on which state you’re in and the legislation of that state, there are a number of ways you can be compensated for the damage and injury inflicted on you.

Note that while someone with a DUI will face a criminal case; this will not provide you with any compensation. To be compensated, you will need to file a civil case against the driver.

Another very important thing to note is that you should be well informed of all your rights by your attorney. Ask your attorney about the possibility of not only filing a claim against the drunk driver but also against third parties to whom you could be bringing a claim of Negligent Entrustment.

Getting Compensated by Filing a Lawsuit

To be compensated, filing a lawsuit is an important step. In many cases, if the driver is insured, you might be approached by the insurance company with a settlement. Be wary about this settlement, as it may not provide full compensation for all the injuries and losses you deal with. Always consult with your attorney before taking a decision to sign anything.

When deciding to file a claim, talk to your attorney to see who you are going to sue. Depending on the circumstances of your case, there are several options, including:

Suffering physical and psychological trauma from an accident caused by a drunk driver is something none of us would want. Unfortunately, we cannot always prevent it from happening. What we can do when it happens, though, is to make sure that we get compensated in the best possible way. Even though no compensation in the world would possibly undo the pain and suffering caused by the accident, it can help you to cover the big financial challenges you may face as a result of the accident. As a victim of an accident caused by a drunk driver, you deserve to be compensated. Thus, don’t hesitate to seek legal help should you be a victim of such an accident.