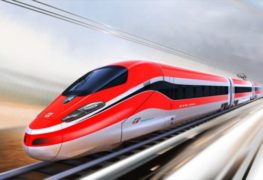 Texans know all too well the hassle of driving down I-35, especially during rush hour. Whether you are traveling through San Antonio, Austin, or Waco on through to Dallas, I-35 has become a congested and overused highway. With thousands of people moving to Texas each year, the state has become one of the fastest-growing areas in the nation, and quite frankly its roads can’t keep up.

Texas can proudly boast five out of the nation’s eleven fastest growing cities which are growing at almost double the rate of the rest. In 2013 alone, Texas added a total of 72,243 households. Coming in behind New York City, Houston comes in second having added 40,032 households from 2014 to 2015. San Antonio, Fort Worth, Dallas, and Austin follow closely behind. Steven Klineberg, a professor of sociology at Rice University commented on “how we accommodate that growth is going to be the challenge going forward.”

As a state with some of the largest and fastest-growing areas in the nation spread out over hundreds of miles apart, Texas is in high demand for other alternative modes of transportation. According to a news release from Rep. Henry Cuellar’s office, the Federal Railroad Administration (FRA) and the Texas Department of Transportation (TxDOT) released 10 options for a high-speed passenger rail service that would connect Oklahoma City, Dallas-Fort Worth, Austin, San Antonio, and South Texas.

There are two possible routes that were selected for further study in South Texas. The first begins in San Antonio and goes to a station near Laredo-Columbia Solidarity Bridge and would then cross a new rail bridge to a new rail line and continue down to Monterrey. This particular train would have the potential to travel at speeds up to 220 mph. The second route would travel from San Antonio towards Alice where it would divide into three different legs. The first would go to San Diego, TX and then to Laredo. The second would go down to McAllen and the head east to Harlingen and Brownsville. The third leg would go east to Corpus Christi. This particular route would travel at speeds up to 125 mph. More than 10 million people live along the 850-mile long corridor, which is expected to grow by 39% in Texas by 2035. Henry Cuellar stated that “It is my hope that this project will continue moving forward and that we will soon see high-speed rail not only from Oklahoma City to South Texas, but that Texans will eventually have the ability to travel by rail from San Antonio to Mexico.” The study is scheduled to conclude by the end of the year 2016 after the completion of a service-level environmental impact statement (EIS) and a service development plan.