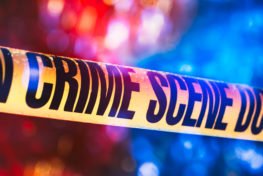 The city is placed in the Rio Grande Valley just Reynosa north, Mexico. The city of McAllen, Texas, has a very low crime rate of any metro region in the country. This is with 122 violent crimes per 100,000 locals. Actually, there were just 2 murders in all of McAllen in 2013.

How safe is McAllen, Texas?

The number of brutal crimes in McAllen, TX  raised by forty percent. However, the crime rate in McAllen property crime has decreased by five percent year over year. The total crime number in McAllen has reduced by 3 percent. While it may not seem like much, this is a good amount of decrease.

McAllen Police Department reported 492 fewer offenses in 2017 as compared to 2016. This is according to yearly crime statistics. More than fifty percent of that drop was represented by reducing cases of theft.

There were 75 fewer auto parts theft and 200 fewer theft vehicles than in 2016. The Police Department also reported 66 less miscellaneous thefts.

The city is also doing its part to contribute to the decrease. The city hires about 4 to 7 new officers every year to control the crime.

McAllen has a ratio of about 2 officers per one-thousand people. Rodriguez said most cities in the state, that number can’t be matched. This includes all cities South of Corpus Christi and Laredo.

We serve all of South Texas, with offices in Corpus Christi, San Antonio, McAllen, and Brownsville. With over 100 years of combined experience, our attorneys have successfully resolved over 20,000 cases involving car, truck, and motorcycle accidents, as well as injuries caused by faulty products, slip and falls, and workplace accidents. If you or a loved one is ever injured by another driver while traveling during the holidays be sure to contact us at 956-630-9797 or via our website at   htps://www.herrmanandherrman.com/contact-us/ for your free consultation.