How Difficult is the Texas State Bar Exam? 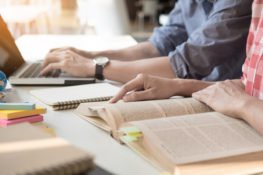 Just finishing law school can be quite the chore. However, once he or she completes law school they still have to pass the Texas State Bar Exam to become a practicing attorney in the state of Texas. The test itself is a marathon, not a sprint. It’s a three (3) day exam that not only tests your knowledge of the law but your mental endurance as well. It consists of a combination of essay and multiple choice questions. The multiple choice portion makes up 40% of the exam while open-ended and essay questions make up the remainder. The scoring is on a scale of 1-1000 with a score of 675 being a passing grade.

As many found out this past February, just because you passed law school, that does not mean you’ll pass the State Bar.

Last February was a record low for test takers sitting for the Texas Bar Exam. Out of everyone who took the Texas Bar exam, only 48.36% of people passed. What’s worse is that people who take the Texas bar have the best chance of passing the test the first time they take it. Because the bar is only given out every 6 months, your best shot to pass the exam is right out of law school while everything is still fresh on your mind.

However, the Texas State Bar Board of Examiners does give you five (5) chances to sit for the bar exam. You can also petition the Board to let you sit for an extra, 6th if they approve it. Although you get multiple attempts to take the exam, the statistics still show that you’re more likely to pass the exam your first time and then the numbers drastically drop.

So what happens to all the people who passed law school but cannot become an attorney? That’s a good question. Many of these individuals have taken out thousands of dollars in student loan debt. According to the American Bar Association, the average law school graduate student loan debt was $84,000 for public school graduates and $122,158 if you attended private. These folks were banking on the fact that they would have a high-income job once they graduated and became an attorney. Without passing the Texas State Bar Exam, these individuals now have to choose a new profession. This sometimes means going back to Grad school and thus incurring more student loan debt.

As you can see, becoming an attorney is becoming increasingly difficult. Not only are you gambling on your future, but you’re also risking financial hardship as well. If you do not truly love the law, then becoming an attorney may not be the right career path for you. You must really consider all the issues and hurdles that go along with making the decision to try to become an attorney.