Encouraging the Youth to Vote! 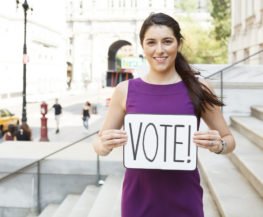 2018 was quite a year! A year of ups and downs for many of us. We did a lot together in 2018, but what the most exciting thing we did together was vote. We saw record voter turnout in 2018, which proves that people realize that they need to get out and vote because their voice truly matters. There was a range of reasons why people came out to vote in Texas – from Beto to denouncing Trump to people realizing that they need to step up – the point is that when we all vote, we do better as a community.

New Demographic Shows up to Vote

One of the more surprising demographics that showed up to vote were our youth — and it is about time! While they did not show up in the droves that we were hoping, we saw young people step up in numbers we have not seen in years. Here in Texas, the youth turned out to vote five times more than they did in 2014 (youth being 18-29). In 2015, millennials became the largest surviving generation, due to the aging baby boomer generation. Though Millennials are the largest surviving generation, they have the lowest voter turnout. There is a big question amongst candidates, elected officials, political pundits, etc. on how do we get the youth to show up to vote. We saw in the 2018 midterms that young people no longer get excited by political parties — they get excited by candidates. The number one candidate that did that in Texas was Beto O’Rourke.

Involving the Youth in the Voting Process

What we as a society have failed to do is include and invest in the next generation, Beto O’Rourke did just that — he brought the young to the table to ensure that their concerns were heard and acted upon. Over the past couple of decades, we have seen a steep decline in teaching civics in our classrooms and encouraging the next generations to get involved and care about civic engagement — even down to something as simple as voting. Of course, we have seen numerous barriers put in place by Republicans that are used to dissuade young people from voting, but if the old guard would let down their guard and engage young people in voting, we would have very different representation. Locally, we had young people step up to run for office, such as Eric Holguin, a Texas A&M University-Corpus Christi graduate that gained valuable experience in government in New York City, that ran for US Congress. While unsuccessful due to a gerrymandered district, Holguin built a local movement that made people notice. Young people running for office is something that excites and encourages the electorate. When we see the same old people running for office, there is no excitement to get out there and vote. The same results are expected after all, right?

As we go into 2019 and the eventual 2020 elections, our community has to do a better job at encouraging our youth to vote. It is more than just griping on Facebook; it means having engaging conversations with them and let them know why they should step up and make their voice heard. Many will be turned off by the negativity of campaigning, the complexity of some issues, or other reasons, but it is our social responsibility to do the right thing and do the work needed. We cannot just hit “like” or “heart” a post on social media – we have to engage. After all, they are on the verge of taking the mantle of this country, and it is important that they are prepared to lead.