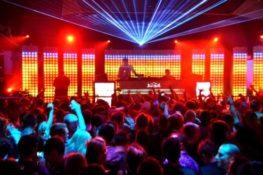 Fans of old western movies and television shows know that filmmakers often depict bar fights as natural things that patrons almost expect to happen on a nightly basis. Many of us have cheered as John Wayne or some other movie icon punched his way through a crowd of other rowdy tavern guests, with broken bottles, broken bones, and broken furniture all just par for the course. Back in the real world, however, violence and even accidents in a bar or nightclub are nothing to applaud. Unlike the owners of those fictional establishments, bar and nightclub owners in Texas and around the nation actually have a legal obligation to try to keep their patrons as safe as possible.

The reality is, though, that even the best efforts to maintain a safe environment sometimes fall short of expectations. Patrons do suffer and cause harm at these establishments – harm that can include everything from accidents or physical confrontations to excessive consumption of alcohol, lax security measures, and other factors. If you’ve been hurt in a bar or nightclub, there are some things that you need to know.

Bars are Required to Provide Reasonable Security Against Violence

If you are harmed at a bar or nightclub, one of the first questions you should be asking has to do with security. Were there bouncers or other bar security on-site? Did they react to the fight or assault, and if so, were their actions appropriate? How well-trained were that security personnel, and were there enough to manage the crowd? All of these questions could affect your ability to recover compensation in the event that you decide to pursue a negligent security claim due to your injuries. In Texas, the Supreme Court itself has found a common law obligation for bars to provide some level of protection for their patrons and has upheld cases involving premise liability on that basis. In most instances of this nature, support can also be found from the Court’s reasoning in Timberwalk Apts., Partners, Inc. v. Cain, which held that a failure to provide adequate security against criminal conduct could lead to such a claim.

Bars Can Often Be Held Liable for Drunk Patrons

In more than three dozen states, bar owners can be held liable for knowingly serving alcohol to drunken patrons. These dram shop laws are in effect in Texas, as well, and prevent bar and nightclub owners from serving alcohol to people who are obviously so intoxicated that they pose a risk of harm to others or to themselves. So, if you were harmed at a bar by a patron who was intoxicated when the bar served him, that establishment may be liable for your injuries. Under the specific provisions of the Texas Code covering this liability, you might have a cause of action against the owner or owners of that business.

This can be true even if your injury occurred outside of the bar, in some instances. For example, if you were hit by a drunk driver, you may have not only a case against him but a cause of action against the bar that served him as well. Incidents involving over-serving of that nature have been receiving more attention in recent years, and lawsuits have received regular coverage in the news.

Many studies have indicated a strong correlation between peaks in DUI-related accidents and bar closing time. In Texas, the last few hours before 3 a.m. are typically among the worst for such incidents. If you survive such a crash, you should consult an attorney so that inquiries can be made to determine which establishments may have contributed to the other driver’s intoxication and your injuries.

Sometimes, patrons find that the bar’s security personnel actually end up causing them harm. While this is not as common as some would have you believe, it can be a problem in many establishments where security is an afterthought. In those locations, untrained bouncers may not know how to handle customers who refuse to obey commands to leave, or who use force where none is authorized by law. If a bouncer assaults you and injures you in some way, you may have a legitimate claim to damages.

Of course, you have no claim if you initiated the violence. However, if that bouncer aggressively used force to throw you out of the establishment, struck you, used an unprovoked chokehold or other hold on you, or used any type of weapon, you could very well have a cause of action against both him and the establishment that hired him. As a regular rule, bouncers are quite limited in the amount of force that they can use against non-violent patrons, so you should not just accept the use of violence against you in these instances. Finally, keep in mind that any bouncer who harms you in this manner is probably liable for criminal charges as well.

Bars and Nightclubs Are Insured

For some injured patrons, the idea of suing a bar or nightclub just seems wrong – especially when the victims fail to understand the establishment’s obligation to provide a reasonably safe environment and ensure that it is not over-serving its intoxicated customers. Some may even be leery of raising a claim out of a desire to avoid causing financial harm to the business. It is important to understand that this is precisely the reason these businesses carry bodily injury policies with their insurers.

The standard bar insurance policy will cover everything from injuries caused by broken stools or falls that occur on wet floors to cuts and bruises resulting from barroom brawls. If you’ve suffered harm that should have been prevented in some way by the owner of the establishment, you should never have second thoughts about pursuing compensation for the damages you’ve sustained.

At the same time, you have to realize that not all injuries provide a legitimate cause of action. You’ll have to prove that the establishment had a duty to protect you, that the harm was foreseeable, and that the bar’s negligence caused your injury and damages. Fortunately, an experienced attorney can help you with all of those concerns and give you the best chance of recovering any compensation you may be owed.