Home Blog Articles How Common Are ATV Accidents in McAllen?

How Common Are ATV Accidents in McAllen?

All-Terrain Vehicles are dangerous motorized machines, not toys for children. Every year, hundreds of ATV riders – young and old – die or experience life-altering injuries in ATV accidents. Texas has among the highest number of ATV accidents.

Doctors at McAllen Medical Center stated publicly last year that too many people were being injured on ATVs. They noted that many patients they treat are too young to be riding ATVs. This followed the hospitalization of two teens whose ATV ended up in a drainage canal. In October, a 6-year-old boy died in Hidalgo County after an ATV crash that also left his mother and two other children injured.

An “ATV” is an off-road, motorized vehicle having three or four low-pressure tires, a straddle seat for the driver, and handlebars for steering control. The 2008 Consumer Product Safety Improvement Act banned three-wheel ATVs, but many remain in use.

The U.S. Consumer Product Safety Commission (CPSC) says children and youth under the age of 16 should not ride adult ATVs. The commission says no one should carry a passenger on an ATV designed for one rider. There are some ATVs that are designed for two riders, but passengers on tandem ATVs should be at least 12 years old.

Who Is at Risk of Suffering an ATV Accident?

Texas had the highest number of reported ATV-related deaths from 1982 through 2016, with 845 ATV fatalities, according to the CPSC.

In 2018, there were an estimated 81,800 ATV-related injuries treated in emergency rooms in the United States. An estimated 26 percent of these injuries involved children younger than 16 years old.

However, the CPSC says child ATV deaths are more likely to be reported by news media. As statistics from broader sources are compiled, the disparity between adult and child ATV fatalities should disappear.

What Are the Most Common ATV Injuries?

The CPSC says in its report that ATV accident injuries treated in emergency rooms in 2018 primarily affected the:

More than half of the injuries were diagnosed as fractures (30%) or contusions/abrasions (22%).

In 2018, children younger than 16 years old were diagnosed with bone fractures a third of the time when seen in emergency rooms for ATV-related injuries.

Who Is Liable for My ATV Accident and What Are My Legal Rights?

As in other motor vehicle accidents, if one party’s negligence or recklessness causes an all-terrain vehicle accident that injures someone else, the accident victim may have a legal right to recover compensation from the at-fault party for their losses. This would start as an accident claim against the ATV operator’s auto liability, business liability, or possibly homeowners’ insurance. If the insurance company refuses to agree to a proper settlement, the accident victim may need to pursue a personal injury lawsuit and ask the courts to settle the dispute.

In some cases, ATV riding might be part of organized recreational activity, such as an outdoor tour. Inevitably, participants would have to sign a release from liability before the activity began. In the case of a serious ATV accident, the legal team representing the accident victim may investigate the training, protective gear, and supervision provided to the injured participant. A signed waiver would not necessarily protect a company that did not provide appropriate training or equipment or whose employees ignored a participant’s evident lack of riding ability.

In cases involving children, whether organized or casual activities, the adult(s) in charge may in certain cases be held liable for not adequately protecting underage children from the likelihood of harm. In cases that involve friends or acquaintances, such as parents of an injured child’s friend, it is important to remember that the compensation sought is from an insurance company. It is meant primarily to pay for the child’s medical expenses, as well as for pain and suffering.

If an ATV accident can be attributed to a malfunction or unsafe design of the vehicle itself, the injured may be able to recover compensation through a product liability claim against the manufacturer and/or seller of the ATV and/or from the party responsible for the vehicle.

If an ATV accident happened while riding on a trail system designed for ATVs and a flaw in the trail itself – because of design, construction, or lack of upkeep – contributed to the accident, the owners of the property might be held accountable through a premises liability claim. 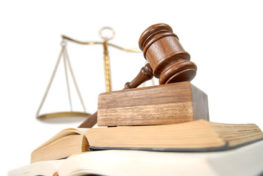 If you have been injured in an ATV accident that was not your fault, a personal injury attorney from Herrman & Herrman P.L.L.C. in McAllen, Texas, may be able to help. Our McAllen office has a proven track record with numerous similar accident cases.

Contact our McAllen, TX, office online or at (361) 882-4357 today for a free legal consultation about recovering compensation after an ATV accident someone else caused in South Texas.