Home Blog Community Facts about Independence Day You May Not Know

Facts about Independence Day You May Not Know 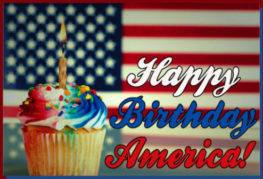 This Independence Day before you cook those dogs, bake that American pie, or head out to the pool take a minute to remember why we celebrate this day. Below is a list of interesting facts you probably didn’t know about this 4th of July holiday.

Take these fun and interesting facts of history and go forth to your barbecue and be the true patriot you always were. Share these and instantly become the conversation starter of the party. Enjoy your 4th of July everyone and be safe!