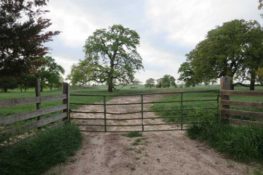 If you’re a resident in the state of Texas, landowner liability may not be an issue to which you’ve ever given any serious thought – but it is well worth your time to learn some of the basics about how your interests could be affected if someone suffers an injury on your land.

In Texas, there are some protections for landowners that are designed to ensure that they are not held strictly liable for all injuries that might occur on their property. Under the current state of the law, there are several different categories of persons that might enter onto your property, and your level of responsibility for their well-being will depend upon those classifications. These three main categories include the following:

The Texas Supreme Court made it clear in a 2014 case that trespassers who found themselves injured or even killed on a landowner’s property would have no cause for action against that property owner as long as said owner was not actively aggressive to the trespasser. The case involved three illegal immigrants who died as they were trying to avoid a border checkpoint in 2007 by using the defendant’s land to cross into the United States. The case was a first of its kind and determined that landowners are not responsible for injuries or deaths suffered by trespassers engaged in illegal activities on their land.

Texas law also defines special liability for landowners who allow people to use their property for recreational purposes like hiking, hunting, nature study, and other activities. Civil Practice and Remedies Code, Chapter 75 defines a reduced level of responsibility for such landowners, as long as they meet certain requirements: the land in question must be agricultural, the user must be there for recreational purposes, and the landowner must meet certain fee standards if he was paid for the use of the land.

Under the provisions of the Texas Agritourism Act, landowners who provide agritourism opportunities for visitors now enjoy more protection from injury-related liability as well. They are not liable for injuries suffered by agritourists, provided that warnings are posted or the user signs an agreement that contains certain language. These protections extend beyond those provided for recreational usage, as they exist regardless of any concerns about compensation.

Beyond normal construction hazards, poorly maintained property, and other accident dangers, Texas landowners must also contend with nature itself. The terrain in much of Texas can be unforgiving for those who fail to take precautions for their own safety, and there are many different types of wildlife that can pose a risk. So, what happens when someone is on your land and comes into contact with one of these dangerous animals – like a snake, for example?

The Texas standard for such liability concerns ensures that landowners owe no special duty to warn guests and visitors about the dangers that could be posed by indigenous plants, insects, or animals on the property. There are exceptions to that rule, of course – such as might be found in a case where you had introduced an animal onto the property that would not have normally been there, or if you were keeping wild animals as pets. A good example of how the courts view this issue can be found in Nicholson v. Smith RV, in which the defendant RV park owners’ summary judgment in their favor was upheld on appeal as the court agreed that they could not be held liable for a fire ant attack that occurred on park grounds. As the appellate court noted in its upholding of the summary judgment, “Nature is not tamed in Texas and those who seek the outdoors are exposed to its dangers. A good deal of the vegetation in Texas stings, sticks or stinks. Any number of insects and animals can hurt, or even kill you.”

While Texas has done its best to ensure that your rights as a landowner are not at risk. In many cases where someone might be injured on your land, those protections are not absolute. Obviously, there are negligence issues that could come into play, and certain types of people are entitled to your best effort to protect their interests when they are guests or invitees on the property. That makes it critical that you understand your rights and responsibilities as a landowner, to ensure that you have done your due diligence and provided that proper level of care to safeguard against those potential risks. This is a complex issue, however, and one that is best managed in consultation with an experienced liability and personal injury attorney.