Light Rail Coming to the Valley 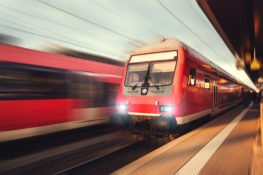 The Lower Rio Grande Valley Development Council, together with Congress and local officials, have begun discussions on making a light rail system a reality for the Rio Grande Valley. A House bill has been pre-filed by Congressman Mando Martinez and colonias in the area are setting up meetings with big and small cities in order to educate everyone on the plans and benefits the light rail system will provide. Ron Garza from the Lower Rio Grande Development Council said a light rail system like this allows mass transit to go into more rural areas, including those colonias, to be able to connect people from say La Villa to McAllen.

The pre-filing by congressman Martinez comes with the plan of setting up a regional transit authority. Similar to ones that other cities and metropolitan areas have put together. It’s a welcome sight for sure with only buses running throughout the valley and with how widespread the valley is, the more access points people have for transportation the better.

Hesitancy From Residents at First

Some colonia residents were hesitant to approve until it was explained how this is the start of a network as well as how this could free up funds for more bus routes.

With local and state officials working together, a lot of good can be accomplished.

As anyone who drives from one end of the valley to the other knows, most drives and roads miss out on a lot of rural residents who don’t have easy access to expressways or bus routes and as the area becomes more and more urban this is a sign of things to come.

Focusing on the region as a whole has been the way to go with the Rio Grande Valley as it encompasses Willacy, Starr, Hidalgo and Cameron County and all the cities in between don’t just work independently but are dependent on each other for all basic services as well for any form of future growth.

It’s no coincidence that in the most recent elections, campaigners came down here because not only is the Rio Grande Valley the fastest growing area in the nation but we are connecting and working with each other to tackle the bigger picture.

A Regional Transportation Authority said “a Light Rail System and more bus routes are definitely a step towards that.”