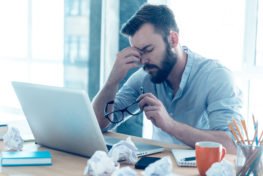 Many of those who have difficulty getting to and from work may be in luck as the City of McAllen is working with their Economic Development Council to help reach those who have that issue and bring them into the workforce. One of the other issues is trying to bring internet connections throughout the City in order to help make this possible.

The City has conducted research showing it’s not just a low-income thing, where people work from home.  In actuality, it’s the reverse being true, so there is not really a downside to exploring whether or not the internet should be brought to all parts of the City.

Hidalgo County, in general, does not have a lot of internet access. The City of McAllen is leading the way, but not every part of the City has the capability.  This capability is essential in the new age and being able to bridge the gap with those who don’t have a vehicle to get to and from work. However, at the same time, there is a large movement towards people working on flex schedules, working from home, increasing productivity, improving morale, and positivity.

This movement could really benefit those who really can’t get around for one reason or another.  An individual can still be very productive when at home and call center companies who allow their people to work from home appears to be just the ticket. McAllen is on the right track with this. The City is currently in lawsuits with internet companies over internet capabilities throughout the City and bringing it to the people.

Colonias not just in McAllen, but throughout the County lack many of the basics.  The Mayor for the City of McAllen is making it a mission that the internet should become a part of those basics that are brought to all areas. I, for one, agree that this should be the case. The future is the internet and working mobile and doing more away from the traditional office setting and the more ways to connect people and reduce unemployment and help the economy and the people do better.

The City is really making an effort to reach the less fortunate ones and there are many, many people that could do the jobs out there but just don’t have a way to get to work. This is a great way to help.