Home Blog Negligence Claims Do I Have to Pay Taxes on My Settlement?

Do I Have to Pay Taxes on My Settlement? 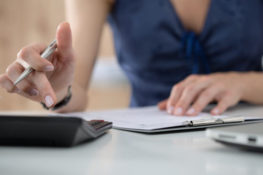 The quick answer is no. For the most part, personal injury settlements and awards are NOT taxed by the federal or state government, with a few exceptions. Once a case settles before litigation, or a resolution is reached at some point during the litigation process, the state nor the federal government will not tax the compensation received by the injured party.

Some Exceptions to the General Rule

Like most things, there are always exceptions to the general rule. While most personal injury proceeds are not taxed, there are a few instances where they are.  For instance, for claims where punitive damages are assessed, those damages would be taxable. Not to worry though, your attorney will likely ask the Judge or Jury to separate the award into compensatory damages and punitive damages, with the injured party only be taxed on the latter.

Another portion of personal injury proceeds that would be taxed is any interest that accrued against the judgement that was award to the injured party by a Court. Interest is accrued from the date a verdict is entered and runs until the injured party receives their proceeds.

It is important to speak to an attorney about your legal rights if you are ever injured due to another person’s negligence. Contact Herrman & Herrman, P.L.L.C., located at 1201 Third St., Corpus Christi, Texas 78404 if you have any questions about a potential claim or would like to sit down for a consultation and discuss your issue.