As if raising three kids wasn’t expensive enough, after stopping at a red light on January 8, 2019, one Texas mom was left with medical bills, a totaled SUV and months of recovery ahead of her. 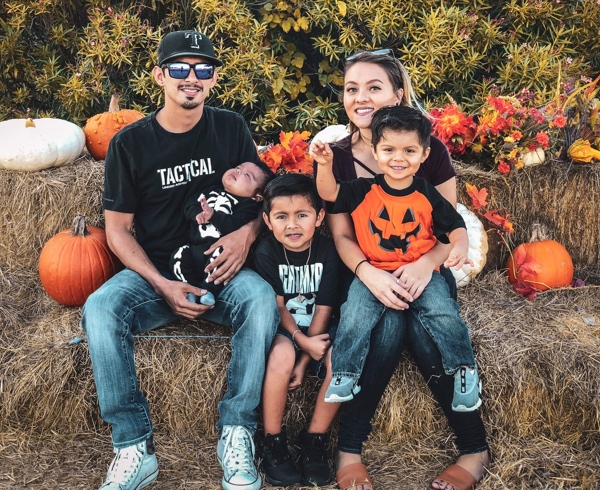 Erika and her family

Twenty-six-year-old wife and a working mother-of-three, Erika Castellanos, was stopped at a red light in her 2013 Kia Sorrento at the intersection of Highway 181 and Toland Avenue in Taft, TX. Suddenly, her vehicle was hit from behind by a 2004 Ford F-150.

“I was at a red light,” said Erika, “and the truck behind me didn’t stop and rear-ended my SUV.”

The hard impact left Erika with injuries to her neck, back and head that would require extensive treatment.

“She had injuries to her neck, back, and head that all required extensive treatment.”

While Erika was grateful the impact wasn’t fatal, as a mom, she was concerned about the accident affecting her family’s finances and the overall well-being of her kids.

“The accident affected my family financially,” said Erika, “because I had to buy a new vehicle and had expensive medical bills to deal with. On top of that, I had to miss time from work, which was unpaid, as I recovered. 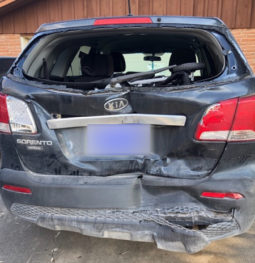 Rear-end of Erika’s 2014 Sorrento after accident

“My son also had to miss time off school as I was recovering, putting him behind on his schoolwork.”

“I was concerned that the at-fault driver’s insurance wasn’t going to take responsibility for the medical bills and my vehicle that needed to be replaced.”

“When I hired the firm,” said Erika, “it felt like ‘finally, I wasn’t left all alone to deal with this.’ I could tell they were going to fight hard for me.”

“They even set up a rental car for me and offered to drive me to doctor appointments,” said Erika.

Erika’s attorney saw firsthand how this accident affected his client.

“Before the accident,” said Steven, “Mrs. Castellanos was an active mother of three, working from home.

“After the accident, she didn’t have a vehicle, she couldn’t work as much as she did prior, and it affected her children going to and from school.

“Her life was turned upside down.”

The Battle Against The Insurance Company

With the firm fighting on her behalf, Erika was able to focus on her family and getting better.

“I felt the law firm handled all the details of the case,” said Erika, “so I could focus on getting better.

“They were always on top of it and calling to check in on me and my family.”

“We had issues with the insurance company,” said Herrman & Herrman case manager, Veronica Soliz, “getting them to cover the property damage.

“In the end, we fought and made sure that the insurance company covered Mrs. Castellanos’s property damage and her medical bills that she accrued due to the accident.”

Accident Now In The Rearview Mirror

Erika can now breathe a sigh of relief knowing that this event is in her past and she is recovering.

“It’s a relief,” said Erika, “to not have any medical bills and to have some improvement on my neck movement.

“I now feel a sense of closure.”

Steven feels great that he was able to help Erika get her life back on track.

“Before the accident,” said Steven, “Mrs. Castellanos was extremely active. Then, after the collision, among many things, it became difficult for her to interact with her children while she was recovering.

“After treatment, she was so grateful for the help.

“And while no amount of money can fix what happened, I’m glad I was able to help put her back on track so that she can now enjoy playing with her kiddos again.”

Erika couldn’t be happier with her decision to hire Herrman & Herrman.

“They provided me an excellent service,” said Erika, “and took care of everything for me.

“They’re aggressive in handling your case but treat you like family when you’re their client.”

Erika begs that anyone in an accident seeks the help of Herrman & Herrman.

“They treat their clients with professionalism & understanding,” said Erika.