Potential Candidates for the 2020 Presidential Election 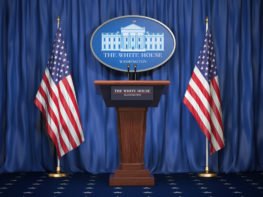 The United States Presidential election is scheduled for Tuesday, November 3, 2020, and with less than four months to the launch of the 2020 presidential primary season, quite the frenzy is underway. The incumbent president, Donald J. Trump is expected to retain the Republican Party’s presidential nomination, even though there have been reports that certain members of his party are grooming a shadow candidate from the establishment wings of the party to challenge him. Several people have gone on to express interest in running for the Republican ticket such as former Arizona Senator, Jeff Flake; Maryland Governor, Larry Hogan; and Ohio Governor, John Kasich.

However, all eyes are going to be on the Democratic Party to see who finally emerges as the winner of the Party’s presidential nomination ticket.

Some of the potential candidates who have either indicated interest or have been put forward by pundits include: