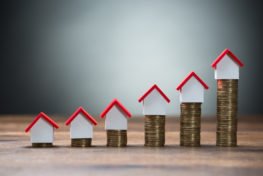 It was around the month of June 2018 that the housing market in San Antonio got heated up. This allows the prices to keep on rising with the passage of time on the basis of per rate. This attends the local residents with so many issues in terms of finding the house that is affordable. The median price of a home in the place of San Antonio-New Braunfels metro area was estimated to be around $233,600 in June, which was a 5.2 percent increase over the same month in the duration of last year. In the five years since June 2013, the median price has increased by the rate of $54,200, or by the rate of 30.2 percent.

Going along with the San Antonio house market price increase, there has been an increase in the number of house sales as well. As the demand for housing in the San Antonio metro-area has increased it has driven up the value of the homes in San Antonio. In addition to the high demand for housing, another reason for increasing market prices is the market shortage. There is a shortage of construction workers as well as available land in San Antonio, especially in some of the highly-coveted areas.

In short,  the housing market in San Antonio has continued to increase and is not expected to come down anytime soon!