Public Transportation in the Future 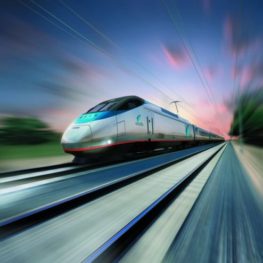 American highways have become congested, overcrowded, and dangerous for drivers in recent years. Cities have tried to build more roads and offer different lanes for different drivers yet it still seems to make no major impact. Due to the overwhelming amount of vehicles taking up space on the road and contributing to pollution, cities have begun investing their time and money into the future of public transportation.

For most of the major cities in the United States, there is already a mass transit system in effect such as the subways of New York City, the bus rail of San Fransisco and so on. Yet these transit systems seem outdated compared to what innovators have recently been able to propose. The use of public transportation is on the rise according to the American Public Transportation Association. Their report established that more and more people are turning to alternative routes in the way they get from point A to point B. Driving systems such as Uber and Lyft have contributed to that notion of people becoming exhausted from the overpopulated roads and needing some other form of travel. In recent years the number has skyrocketed in the amount of public transit trips taken. 10.8 billion trips were taken on U.S. mass transit systems in 2014 which is the highest ridership in over 58 years! Honolulu, Hawaii is surprisingly next after Los Angeles in having the worst traffic congestion in the country, which they are currently trying to fix. They have come up with America’s first fully automated wide scaled urban transit system. The Honolulu Rail Transit Project will cost the metro area of nearly 1 million people over 5.2 billion dollars to complete. The driverless system will be cheaper than a manually driven rail and will be safer too. There have been transit systems where driver error has led to collisions or other incidents which has led researchers to look for other safer options. Honolulu’s proposed system will be an elevated 20-mile rail line that will take passengers between downtown and outlying communities in a fraction of the time it currently takes them to crawl through rush hour traffic. This will reduce congestion by 18% and take up to 40,000 cars off the road. Although this idea of a driverless system has yet to catch on in mainland USA other countries worldwide have already jumped on this idea and are seeing the benefits of it. Driverless trains have become fairly common in Asia and in Europe, where Paris automated its oldest and busiest metro line back in 2012, increasing passengers per hour by 25%. Honolulu may be paving the way for the future of urban transportation, but others have been able to come up with a win/win scenario in which they don’t need to build an entirely new rail system and instead can build directly on top of already built roads! The Chinese idea of a ‘straddling bus‘ is becoming more popular as it has peaked the interests of many nations. the SB will reduce congestion, and make use of current existing infrastructure. The futuristic train would roll on stilts above traffic using small tracks positioned between lanes of traffic while passengers get on and off at elevated bus stops. The result is amazing in the way it is able to add additional carrying capacity for urban roads, no disruption to traffic, and has no need for an independent track system. This may actually be something that every city may begin to look into as it is cost effective and allows for a quick and easy fix to an already unstable, growing problem.