Role of a Personal Representative in a Wrongful Death Claim 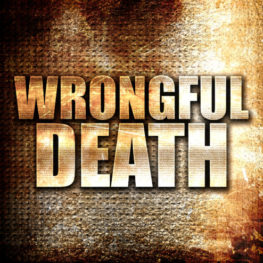 Loss is always hard to take, but even harder when it involves the death of a loved one who is very close, like a spouse, parent or child. Hardest of all is when that loved one is taken suddenly. Your world, life and future change in a moment, and it seems nothing can be the same again.

However, when that death is not natural and the loved one was taken too soon through the intentional or unintentional action of another person or people, there may be a way to take action regarding the consequences of the sudden loss and the costs involved in it.

Do you have grounds for a wrongful death claim?

There is no straightforward answer as to whether what happened to your loved one classifies as wrongful death. However, the concept of wrongful death lawsuits was originally introduced to help people just like you. Common law allowed a living person to sue someone who injured them provided the victim survived long enough to do so. A dead person could not bring a civil action.

Wrongful death statutes were introduced in every state to enable those who would suffer as a result of the death and injury, particularly close family, to make the claim on the dead person’s behalf, and avoid the wrongful conduct going to the grave with the victim and leaving the bereaved family carrying the cost.

So, if you believe you lost someone dear to you because of what someone else did or neglected to do, it is worth finding out whether the law agrees with you.

Each case has to show a definite chain of events linking someone’s wrongful conduct with the injury and, finally, with the death before there are grounds for a claim against the person or people whose act or actions ultimately resulted in it. And that applies whether the action was intentional or unintentional.

Examples include death following a car accident which involved negligence; intentional injury like in a bar brawl or murder resulting later in death; careless or negligent medical care, or a child drowning in a swimming pool a neighbor didn’t cover or secure properly.

A wrongful death suit can still be brought even if the defendant has been acquitted in criminal court on charges related to the same death as was the case with OJ Simpson. In the United States wrongful death is now often the easiest way for a family to seek retribution when a family member is killed – and the only way people can seek recourse against a company – because it is a civil action as opposed to a criminal one.

The standard of proof differs in a civil/tort action as opposed to a criminal one. A civil case requires a “preponderance of evidence” instead of requiring proof to be “clear and convincing” or “beyond a reasonable doubt”.

Why do you need a personal representative?

Due to the fact that wrongful death lawsuits are complex, and strict statutes of limitations in many states put time constraints on how quickly they must be done, the system of who can lodge the claim has been changed. The original common law requirement that only close survivors could do so has been modified to include estate executors and administrators as well as personal representatives acting on behalf of the estate.

These days most are handled by personal representatives and in some states, they are the only ones entitled to do so. Other affected family members who want to claim compensation individually have to do so as part of the larger suit.

How do I choose a personal representative?

The ultimate stamp of approval is given by a judge, with legal guidelines governing his decision including the executor named in the will, followed by the spouse and then the next of kin or their respective nominees. However, a judge will probably approve any unanimous choice by all surviving family members, particularly if it is done with the advice of their lawyers.

In choosing a personal representative for the estate, you are choosing someone to act on behalf of all of you as well as the estate; someone you can trust to act and take decisions in the best interests of you all.

The personal representative will have to choose and deal with the wrongful death attorney, discuss settlement figures and ultimately make decisions on whether or not to take a settlement or whether to go to trial. All these things affect all of you.

Your choice will also affect the person you choose. Check that the person you have in mind is aware of what the appointment entails and has the time and emotional strength to handle it. If the person was close to the person who died, they will have to be able to look past their grief to discuss the life and death of that person with the wrongful death attorney and become involved in strategic discussions.

What kind of award can you expect?

Awards are usually compensatory and aim at making restitution for money lost through the death itself. These can include medical and funeral expenses as well as loss of income and economic support the person could have provided had they lived. Other factors like grief, suffering, lack of parenting and companionship may be included. Punitive damages may be included if the defendant’s actions are seen to be particularly reckless to “punish” the defendant.

Filing a lawsuit for wrongful death is very complicated and made more so by strict statute of limitations and other statutes imposed by different states. It is also a highly emotional issue as it involves the death of a loved one. For this reason, we strongly suggest that you get in touch with Herrman & Herrman’s experienced wrongful death attorneys to discuss your case. Contact us at 361-792-2358 to schedule a free consultation.