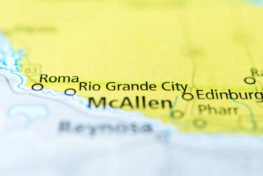 For those that don’t know, the MPOs are organizations that are designed by the government to function as a policy-making organization to ensure regional cooperation in transportation planning. Essentially to plan for the region’s shared vision for the future.

In Texas, an MPO is required for each urban area with a population of more than 50,000 people. Here in the Rio Grande Valley for far too long have each MPO functioned separately and if the three merged that would make it the fifth largest. This would help bring more funding to the region and compete in Austin when the state money is divided up for roads and bridges, etc.

These MPOs are made up of local government officials and the leaders in the area are seeing that coming together and merging is not only great for its citizens individually but collectively as well as many know the area is really known as just one, the Rio Grande Valley, and not so much as individual places.

When one drives towards the South Texas border, many say they’re driving to the “Valley.” Most of the area runs into the other and is very dependent on each other for growth in education and the economy. Regional projects will get the leaders from becoming so territorial and begin to look at the bigger picture.

With Hidalgo and Cameron County Judges already talking about merging it brings into the picture the cities and smaller governments that often times get left behind. Other major areas such as Houston, Dallas-Fort Worth, San Antonio, Austin, and El Paso have been able to coordinate and compromise and its high time the Rio Grande Valley leaders do the same and really move on this idea to help and take the Valley to next level.

Too many times the government organizations in the Rio Grande Valley have not always worked together as a community and as a region to get the funding for projects and infrastructure that it so desperately needs as this region is one of the fastest growing areas in the nation and needs to be able to sustain itself moving forward.

This appears to be one step in the right direction, however small it may be.