Snapchat as Evidence in Court 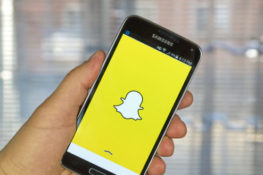 In recent years, Snapchat has become one of the most popular little messaging apps in the market today – especially among the young. For smartphone users, the app provides a means for creative messaging that enables senders to snap a photo, add a caption, create or add graphics effects, and then send it off to their friends and family members. Best of all, those recipients can only view the “snap” for up to ten seconds, after which the message simply disappears.

Of course, that has led many people to believe that their Snapchat app gives them a license to send photos, videos, and messages without fear of the content ever being read by anyone other than the user. Most assume that Snapchat’s “evidence” completely disappears after that brief viewing period. They’re wrong, of course, and that can lead to some unexpected results in situations where law enforcement and the courts are involved.

To understand why Snapchat has become an important source for evidence, it’s helpful to first understand that all social media is subject to such use in a courtroom, whether it’s Snapchat or other sites like Twitter, Instagram or Facebook. You cannot be arrested for what you post on your social media account, but if the content of it violates the law, it will most likely be used as evidence against you.

For example, Facebook posts have been used in courtroom settings for a number of years now. According to the American Academy of Matrimonial Lawyers, more than eight in ten divorce lawyers say that they have relied on social media evidence in their cases. At first, those cases tended to rely on evidence from platforms like Facebook and Twitter, but apps like Snapchat now present another opportunity for investigators.

This year, Snapchat surpassed Twitter in terms of daily active users, with 150 million users actively sending and receiving messages with the app. That was considered a major accomplishment at the time since Twitter was launched a decade ago, roughly six years before Snapchat appeared. And while the app was initially a cause for concern due to teens using it for sexting, today it has grown in acceptance to the point where even adults use it to send messages, photos, and even transfer money.

For the most part, that’s all pretty harmless – and few people have any real concerns about messaging apps that encourage greater social interaction. There is a potential problem, however, and it’s one that all Snapchat users need to recognize: the app is not the evidence-destroying opportunity that some people might believe it to be. In fact, a forensic examiner reported just three years ago that he has successfully used forensics software to recover Snapchat photos from an Android smartphone – and that the process was relatively simple to do.

It’s also important to know that Snapchat itself saves some information, including meta-data related to snaps that users have sent – but not the content of those messages. In the company’s Law Enforcement Guide, Snapchat outlines the process that law enforcement officials need to go through to obtain user account information – including subpoenas, search warrants, and other court orders. The bottom line is that user details and messaging histories could be open to law enforcement inspection because the company’s official policy is to cooperate with those requests when certain requirements are met.

How it’s Used as Evidence

Earlier this year, two people were found guilty of sexual assault based in part on Snapchat evidence. The offenders had videoed the crime and sent that video to at least one friend – who then made screenshots and called the police. Those screenshots were later presented to the jury as evidence and had the sort of impact that any reasonable person would expect. Last year, law enforcement was able to use a screenshot from a snap that was sent by a teen who took a picture of himself posed with his sixteen-year-old murder victim to eventually secure a confession from the alleged offender.

As law enforcement becomes more aware of the potential for obtaining evidence captured through Snapchat activity, we can almost certainly expect these kinds of reports to become more commonplace. And while it might seem off to think that criminals are dumb enough to send out video or photographic evidence of their wrongdoing, it actually happens more often than most people think.

What it Means for You

First of all, let’s be clear about one thing: you shouldn’t be engaged in criminal activities. That’s a given. However, it is vitally important to recognize that criminal trials are not the only place where this sort of evidence could harm you. Snapchat evidence could be damaging in various types of lawsuits as well – like those divorce cases that we mentioned earlier. If for example you were injured in an accident, even a seemingly innocent snap to a friend has the potential to haunt you in settlement proceedings or at trial.

While you might think that a Snapchat photo of you smiling in the park is completely harmless, a good defense attorney could use that image to convince a jury that your life really hasn’t been severely impacted by your injuries. To avoid that type of problem, we recommend a few simple things to anyone who is seeking compensation for an injury, or otherwise engaged with the courts:

Above all else, contact an attorney to ensure that your strategy for dealing with any personal injury or other court matter is a sound one. A good personal injury attorney can review the facts surrounding your case and help you avoid many of the most common pitfalls that can lead to unforeseen negative consequences. At the end of the day, Snapchat is like other forms of social media and electronic communication; it can have either a positive or a negative impact on your life. It’s up to you to make sure that your Snapchat usage isn’t leaving you open to future harm.