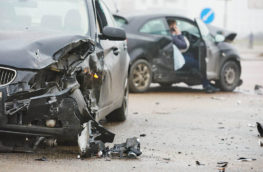 Texas ranks No. 3 on a list of the 10 U.S. states with the worst drivers based on the number of fatal car accidents and traffic law violations in five categories. Drunk driving is the most frequent traffic violation in Texas, with 46 percent of all traffic deaths in Texas in 2018 involving a driver who had been drinking.

“These 10 states with the worst drivers have serious issues, including drunk driving and pedestrian deaths,” says the survey report by Car Insurance Comparison, which calls itself an objective, third-party resource for everything auto-insurance related.

In addition to drunk driving fatalities, 990 of the 3,642 traffic deaths in Texas in 2018 involved speeding, the report says. This amounted to 27.2 percent of all traffic deaths.

The study says that the worst state, Alaska, had 80 traffic deaths in 2018, of which 97.5 percent involved drunk driving and speeding.

How States with the ‘Worst Drivers’ were Ranked

In the five main categories, Texas ranked as follows:

Each category is divided into smaller categories, such as pedestrian and bicyclist deaths in the careless driving category. Statistics about numerous subcategories were compiled, which led to a sub-ranking. The overall ranking for each state was collected similarly to category rankings and weighted. (Read more about the study methodology.)

The NHTSA’s 2018 report about drunk driving says Texas had the most alcohol-impaired driving fatalities of any state, meaning that at least one driver in each crash had a blood-alcohol concentration (BAC) of .08% or higher.

Under Texas law, a driver is legally intoxicated when his or her blood-alcohol concentration reaches .08 percent. But it is illegal to drive if drugs or alcohol affect driving ability at any level. A study by Texas A&M University’s Center for Alcohol and Drug Education Studies says that even one or two beers can seriously affect judgment and driving decisions.

For a first DWI arrest in Texas, you could face:

A second DWI offense in Texas is punishable by:

A third DWI offense in Texas is punishable by:

What Are My Options if a Drunk Driver injured me?

In Texas, if you are involved in a car accident caused by another driver, the law allows you to seek compensation for your injuries and losses, including property damage. This is a civil matter separate from any criminal prosecution of drunk driving charges. Payment generally comes from the at-fault driver’s auto liability insurance.

How insurers will respond to your claim may depend on the circumstances of your accident and the extent of your injuries and other losses. As your expenses and losses increase, the likelihood of a full insurance payment decreases. In many cases, an insurer will offer a settlement that is much less than your actual losses or deny the claim altogether.

The lawyers of Herrman & Herrman, P.L.L.C. can help you obtain justice after you have been injured in a drunk driving accident in South Texas. We have represented thousands of clients with serious injuries and have a track record of success.

Contact us today at (361) 882-4357 or fill out our online contact form. We have offices in Corpus Christi, Brownsville, McAllen, and San Antonio, TX.