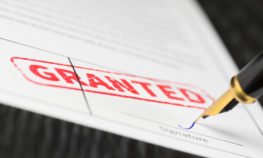 This grant will allow for apprentice programs, for both youths and adults, and pay part of the college portion of apprenticeship. This program will allow them to get a head start and learn from employers while getting an education at the same time being, which is a definite win-win.

The program is still in the beginning stages at STC as they have not decided which companies will benefit from it. Currently, STC sees about 4 or 5 local employers taking part in the program. This has come on the heels of an executive order signed a year and a half ago by the President mandating the country expand apprenticeship programs. This is a nationwide trend that thankfully is becoming part of our own region.

The Department of Labor, Texas Workforce Commission, and the South Texas College all teamed up to make this happen. McAllen ISD recently started their own pilot apprenticeship program, not connected to this one, which kind of paved the way for this to happen.

Aiming for a Common Goal

More opportunities for jobs, economic growth, and education provide the organizations working together with a common goal for the region. Unemployment rates in the Rio Grande Valley are higher than anywhere else in the state and anything to help bridge the gap between the people and companies is nothing but positive.

South Texas College over the years has established itself as an educational center that is aggressive and innovative in order to help educate our children and adults to bring them into the future stronger and able to compete in the world. The Rio Grande Valley is thriving and unemployment numbers, while high, are declining and anything and everything that can be put on the table to reduce them should be and is being considered, and most importantly put into action.

The focus of the grant right now will be on manufacturing, hospitality/tourism, culinary, automotive and air conditioning, with more to come.