Does Tort Reform Really Drive Down The Cost Of Health Care? 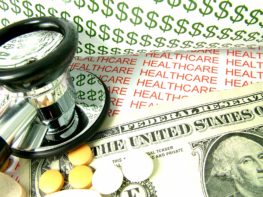 The decades-long debate over rising health care costs is without successful resolution. Some consider tort reform, or medical malpractice reform, the most definitive way to eliminate “frivolous malpractice lawsuits,” which will then, in turn, drive down the cost of health care. The question is, does tort reform significantly reduce health care spending?

According to The New York Times, malpractice reform is being championed as a solution based on the assumption that a sizable portion of health care costs can be attributed to “defensive medicine.” The New York Times goes on to state that, since the number of medical malpractice payments made over the past 10 years has been steadily declining, savings from tort reform are actually more of a myth than a reality.

Yes, it is true that a doctor drives up the costs of health care when he or she requests more testing than a patient actually requires, performs procedures that may not be necessary, or recommends additional consultations and treatments, simply in an effort to protect themselves from the possibility of being sued for medical malpractice. The Los Angeles Times states that, according to a recent study, costs associated with medical malpractice and defensive medicine are only about 2.9 percent of the $2.7 trillion dollars U.S. healthcare costs. While this is still a substantial expense, enforcing strict tort reform is more likely to generate additional costs (such as those related to medical mistakes), than it is to create a dramatic drop in health care spending.

What Is Behind the High Cost of Health Care in the U.S.?

One of the main shortfalls in the U.S. health care system is reported to be the financial model through which physicians and other medical practitioners are paid. According to Forbes, the “fee-for-service” model rewards doctors based on quantity of service, rather than quality of service. It is this model that is believed to have led to an increased demand and need for more complex services, expensive tests, costly medications, and therapeutic interventions. Some doctors will still default to less invasive procedures, however, this is rare. As most patients are unaware whether such treatments are necessary, they rely on their doctor’s recommendations as to what medical services they require.

This is not to say that doctors, nurses, hospital administrators or other medical practitioners would ever recommend treatment solely for financial benefits. The fault seems to lie with the financial model itself, rather than those using and administrating it.