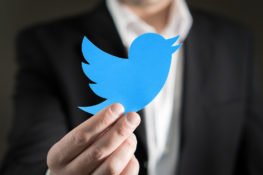 There are many instances of social media posts being used as evidence in courts in the United States. Several verdicts have been based around photos or text obtained from public Facebook or Instagram posts as well as subpoenaed private data. This is becoming a more common occurrence, prompting many people to become more careful with the information they are willing to share on social media.

While photos and posts can be easily admitted as evidence, the case is not so clear for tweets. Twitter has many accounts that are difficult to verify, including troll accounts, parody accounts, and fake celebrity profiles. Still, there is a precedent that allows tweets to be used as evidence as long as their authenticity can be verified.

It may not seem that snarky or harmful tweets should be considered actual evidence, but the fact is that they can be used against individuals who cause damage. If your tweets are public, you are subject to the same laws that are meant to prevent you from knowingly spreading misleading and potentially damaging information about other people or entities.

How Tweets can be used as evidence

People may tweet inflammatory information about a company that hurts their reputation. If it can be proven that tangible damages have occurred as a result of the tweet, this tweet can be used as evidence against the user. However, it must first be confirmed that the user had the intent to damage the company, and this can be a grey area when it comes to tweets. Satire or comedic tweets wouldn’t necessarily be able to be used as evidence.

Tweets can also be admitted as evidence if they promote violence, harassment, or abuse. If a Twitter uses threatens to harm another person, charges can be brought against them and their tweets can be used in court to prove their intentions. Again, this is difficult as Twitter handles don’t always use real names, and the profile may not include any real information about the user.

These harassment cases usually move forward more easily if the target is a famous person or a public figure. Twitter can work with authorities to pinpoint the location of the user and verify the authenticity of the tweets. In one case, a man from Bristol, England was imprisoned after tweeting abusive messages at MP Stella Creasy.

One man’s use of Twitter landed him in the Dallas County jail after being accused of harassing a judge who had previously presided over a criminal case against him.

Babak Taherzadeh claimed in 2016 that he was only exercising free speech when he used 10 separate Twitter accounts to continually verbally attack Judge Brandon Birmingham. Texas authorities, however, saw the case differently after the judge claimed that he feared for the lives and safety of himself and his family. Taherzadeh’s multiple threatening and inflammatory tweets were used as evidence against him in the case.

While there is an ongoing debate about whether this violates the first amendment, the fact remains that tweets can be used build a case against a person, even if they think they are only “trolling.”