Home Blog Articles Where Is Vaping Banned, And Why?

Where Is Vaping Banned, And Why? 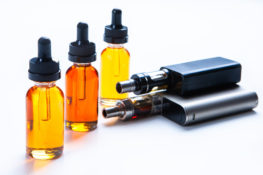 With smoke-related diseases on the rise among young people, American society is looking into how vaping or e-cigarette could be the silent cause. Vaping was introduced into the market to curb the effect of excess smoking but obviously, the purpose was not met.

As more people fall victim to illnesses caused by vaping, the health industry is taking note and insisting on tougher laws to curb the dangers related to vaping.

The city of San Francisco happens to be the first city in the United States to ban the sale and usage of e-cigarettes which is also known as vaping. And this ban happened on the 25th of June.

Michigan government placed a ban on the sale of flavored vaping products on the 4th of Sept.

The city of New York isn’t left out, as they also placed a ban on the sale of e-cigarettes.

On citing the way death rates increased in the United States, the country of India fears for the life of its citizens, hence, they happen to be the first country to place a nationwide ban on vaping products.

Massachusetts government placed a temporary ban of four months on the sale of all vaping products. The government did this to buy time for researchers to investigate the effects of the usage of vaping products, and how it is related to so many illnesses. This ban was placed on the 25th of September, 2019.

The University of Texas also placed a ban on the usage of vaping products due to health issues that are rising and death rates.

Los Angeles also placed a ban on vaping products because of kids so they don’t get addicted to it before they are old enough to make a choice.

Oregon placed a six months temporary ban on the sale of all flavored vaping products.

Why is vaping banned?

The countries that banned the sale and usage of vaping products have a good reason for doing that. Due to the increase in lung injuries and the growth of death which is linked to the usage of vape, most countries have decided to ban it.

It is said that vaping products contain nicotine that is harmful to the body system, it increases high blood pressure and also lung injuries which lead to untimely deaths of so many people. Although most countries are still investigating it, while some cannot withstand the increase in death rate because of e-cigarettes, hence the ban is necessary.

Although it is said that e-cigarettes are not as harmful as tobacco, world health organization still insists that it poses a health risk in society and due to the various flavors been introduced, it makes the young ones get addicted to vape which is bad for their health. Hence, the need for countries to ban vaping products completely. If you want to go on a vacation with your vape pen, be careful not to take it into a country that has banned it. With the list above, you should have an idea of which country not to go with a vape.