Will Texas Go Blue This Election? 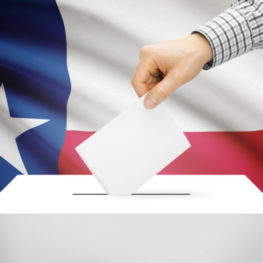 For over 100 years, politics in Texas was dominated by the Democratic Party. Not until the late 1990’s did it swing towards the opposite direction, with Republicans holding all the popularly elected statewide offices. Since then Texas has consistently been a red state and has not seen the potential to turn blue, at least until now. In a recent poll Republican candidate, Donald Trump showed to be leading Democratic nominee Hillary Clinton 47 percent to 43 percent with the margin of error at four percent. One earlier poll by the Washington Post showed Clinton ahead in the state leading Trump by one point.

The question, it seems, is not whether or not Democrats can turn Texas blue but if Donald Trump will do so. The Republican candidate hasn’t been popular amongst the state’s Republican leaders or voters. Before the primaries in March, he received no significant endorsements and lost to the state’s junior senator, Ted Cruz, by a 17-point margin. According to the New York Times, Donald Trump is barely holding on to most of the red states as is. Polls show him trailing or barely ahead in reliably Republican states like Georgia, Arizona, and Utah.

In Texas, Trump leads by eight points in North Texas, which includes Dallas, Fort Worth and 41 surrounding counties. In Houston and 59 surrounding counties making up east and southeast Texas, Trump leads Clinton by six points. Trump does have his strongest support in West Texas, including El Paso and 87 counties leading Clinton by 15 points. However, Clinton is ahead in Austin, San Antonio, and Central Texas. In the Rio Grande Valley, she leads by nine points.

Texas is certainly still a difficult state to win over for Democrats but the idea is less absurd than previously regarded. The struggles in Texas show what could be a national landslide against the Republican nominee. If Trump underperforms in Texas, the largest Republican state in the country, it could signal an ugly end for the Republican Party in this election. Will Hillary Clinton take Texas? Could Donald Trump be the worst performing nominee in the Lone Star State since Bob Dole? We have a couple more weeks to see if Texas shines either bright red or the unimaginable blue.