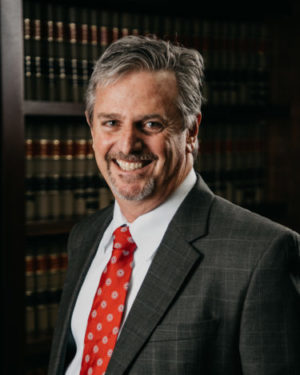 Cary M Toland, a native of the Rio Grande Valley, graduated Cum Laude from St. Mary’s School of Law in San Antonio and has been in practice since 1992. He began his career working as a Federal Law Clerk for the Honorable Filemon B Vela, United States District Judge for the Southern District of Texas and quickly realized he wanted to be a trial lawyer. For the past 23 years, he has focused his practice on representing clients in a large variety of personal injury cases. Cary was Board Certified by the Texas Board of Legal Specialization in Personal Injury Trial Law in 2001 and was invited to become a Member of the American Board of Trial Advocates in 2005. He has served on the State Bar Texas Board of Legal Specialization Personal Injury Trial law credentialing committee since 2010.

Cary is admitted to practice before the United States District Courts of Texas, The Eastern District of Louisiana, United States District Court, The Federal Claims Court in Washington D.C. as well as all State Courts in the State of Texas. He is one of a limited number of Texas lawyers who is a member of the Vaccination Court Bar in Washington DC and has handled cases all over the State of Texas.

Over the past 23 years, he has handled cases for victims of car crashes, 18-wheeler and commercial vehicle crashes, wrongful death, oil rig, and industrial workplace accidents, premises liability, vehicle products liability, Medical Malpractice; compensable Vaccination reaction claims as well as Consumer Deceptive Trade violations and oil spill economic loss claims. He has successfully represented hundreds of Victims and has dedicated his career to helping people get the justice and recovery they need and deserve. He has recovered millions of dollars for his clients.

If he is not helping injured clients, he can be found with his wife and two boys at their surf house in Punta Mita Mexico or hunting and fishing in Deep South Texas.