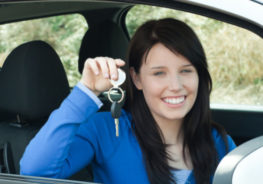 Memorial Day is not only the unofficial start to the summer season, CNN also reports it is the beginning of what is commonly known as the 100 deadliest days for teen drivers. Although teen deaths in motor vehicle accidents have been on the decline for the past few decades, according to statistics from the Insurance Institute for Highway Safety (IIHS), teenagers generally face a higher risk of injury or death during the summer months when they are out of school.

During the 2012 summer season, an estimated 1,000 people lost their lives in car accidents involving teen drivers. More than half of those killed were teenagers themselves. In 2013, more teenagers died in vehicle-related accidents during June, July, and August than during any other month.

While accidents involving teen drivers can happen for any number of reasons, the significant increase in driving deaths during the summer is likely due to teens:

Being the parent of a teen driver can be extremely stressful. You took the time to teach your teen driver safe driving skills, and you want to give your child the freedom he or she needs to become a responsible driver. You also want your child to enjoy the summer months, particularly now that he or she can drive.

The following are a few safety tips to help parents keep their teen drivers safe this summer:

Technology to Monitor and Inhibit Cell Phone Use

In addition to having certain rules and restrictions in place for your teen driver this summer, you may also want to turn to technology to help you monitor and inhibit your teen’s cell phone use while driving. Consumer Reports indicates that the majority of cell phone providers have free apps that can be installed on your child’s phone. Some of the apps send alerts to parents when their teenager has turned on his or her cell phone while driving, and others inhibit cell phone use altogether.