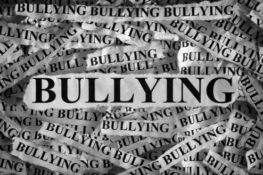 A town in Wisconsin has implemented a new law that will hold parents responsible for their child’s behavior. The Shawano police are making sure that their children are safe from any bullying by changing the way they handle these situations. Before, police would hand out tickets or fine someone without getting the parent involved. Now, the city has passed an anti-bullying ordinance which will give parents a warning and 90 days to address their child’s behavior if caught bullying.

If a parent fails to address their behavior then the police issue a monetary fine of $366. If that still has no effect on the situation and the child has two offenses in a year, the fine will equal $681. Parents within the town are split on whether they think this will be effective or not. Some agree that something needs to be done while others point out that bullying is a subjective situation and makes it difficult to judge cases fairly.

Police have reiterated to parents that “this isn’t generated towards the kids being kids”, but instead addresses the more severe, malicious activity found on social media that “attempts to hurt, discredit, and really demean a person.”

One out of every four students report being bullied during the school year according to a 2015 report released by the National Center for Educational Statistics. 14.8% of high school students reported being bullied online (Center for Disease Control, 2014). Recent years have seen a spike in cyber-bullying, especially in high school, and are shown to be equally, if not more, harmful. Cyberbullying has been linked to dating violence, suicide risk, alcohol, and cigarette use, and even carrying weapons onto school property.

The Corpus Christi Independent School District has policies set in place to address bullying within their schools. HB 1942 calls for school districts to respond promptly to suspected bullying incidents and gives the district a more clear definition of bullying and better procedures for immediately investigating bullying claims. If an investigation leads to a student’s removal from a school, they will be sent to the district’s Student Learning and Guidance Center where they can receive counseling and other services to help them get to the root of their problems.