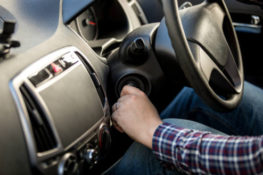 A federal bankruptcy judge recently released GM from personal injury and wrongful death claims prior to 2009 when the corporation filed for bankruptcy, shielding the automaker from an estimated $7 billion to $10 billion in potential judgments from those who were injured by older, smaller cars that had a faulty ignition switch.

The decision leaves many claimants out in the cold, unable to seek justice through the legal system. Many families with cases prior to 2009 had family members who were killed or seriously injured due to the failure of the faulty ignition switches.

Adding insult to injury is the fact that dozens of GM personnel knew about the faulty switch and failed to warn consumers, who are now left without legal recourse.

The 138-page ruling by Judge Robert Gerber shields GM from claims prior to bankruptcy, as the “new GM” acquired the assets of GM, free from liabilities of the earlier company. The lawyers for the plaintiffs argued that there was no opportunity to dispute the bankruptcy filing as the company misled the bankruptcy court about the potential liability from personal injury cases associated with these older cars.

GM came under scrutiny by the House Subcommittee on Oversight and Investigations, according to a press release issued by the Energy & Commerce Committee. The recall of GM vehicles came years after the company was aware that the ignition switch had potential dangers and more than 10 years since customers had reported problems. The Washington Times reported that Judge Gerber acknowledged in his ruling that GM had failed in its duty to issue a recall as required by law.

The faulty ignition switches are tied to at least 84 deaths, and this ruling effectively halts the ability of those who were injured or killed due to the faulty component to seek compensation for what happened should the ruling stand on appeal, according to The New York Times.

Only time will tell if the federal Appeals Court will reverse the ruling, but it is hoped that those who suffered injuries or had a loved one die as a result of the faulty switch will finally have their day in court, and GM will finally be held accountable.

There has been some discussion about GM wanting to “do the right thing” and perhaps still pay some of those injured people and/or their families barred by the bankruptcy ruling from making claims. However, the automaker has offered nothing substantive so far.

Get help from Herrman & Herrman in Corpus Christi, TX, if you suffered injuries or lost a loved one in a vehicle in an accident associated with the faulty ignition switch.