Home Blog Articles Can Snapchat Evidence be Used in Court?

Can Snapchat Evidence be Used in Court? 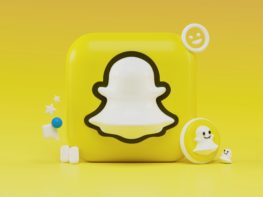 These days, social media is hard to avoid. Snapchat, which rose to prominence among social media apps in the mid to late 2010s, is still going strong. Snapchat users have the ability to send short snapshots or videos to friends and family, and after an allotted amount of time, the image or video disappears. That disappearing media aspect of the app has made it very popular among those who think that that media will never resurface. However, that is not true, and there is a cache of images and clips that can be accessed, which poses complicated questions about the role of Snapchat in legal instances.

For as long as social media has been around, it has been used in litigation. Social media often presents a wealth of evidence for legal teams, as these apps and websites have so many users who post daily. Snapchat is no different than Twitter and Facebook and Instagram in this way. Despite the idea that your images and video messages may “disappear,” the messages are very much retrievable.

Snapchat presents evidence quite often, since many users are under the impression that their images will be permanently deleted, and therefore they send more potentially damaging media. This could include underage minors sending sexts or revealing photographs, and minors and adults alike sending images related to drug use, property damage, drinking, and more. In all of these cases, Snapchat evidence can be used in court.

What Should I Do?

Our firm is equipped with over 100 years of combined experience handling personal injury cases across Texas. Our outstanding record of favorable settlements and verdicts includes over 20,000 successfully resolved cases. Once we take on a case, we are relentless and you can rely on us to pursue full compensation for you.