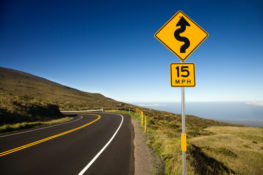 Late last year, Texas Department of Transportation officials made note of a devastating statistic: the state had not had a single day without a fatality on its roads and highways for 15 years. For a decade and a half, at least one person died in automobile-related incidents each day – a death toll that has resulted in more than fifty thousand fatalities since the latter part of 2000.

That grisly news sparked outrage and calls for action from both state officials and the citizenry alike. The year 2015 was a dangerous year for the state’s motorists as well, as the body count of dead and injured motorists and passengers continued to mount. Despite this troubling trend, however, there is hope on the horizon: your actions and those of other drivers in the state can help to make 2016 and future years safer for everyone who traverses the state’s roadways.

A Tragic Trend on Texas Roads

According to state DOT data compiled in 2014, drivers and passengers are being injured and killed on Texas highways and streets at a frightening pace. Injuries occur at a pace of one every two minutes across the state. Meanwhile, citizens and visitors are being killed at a rate of one every 2 ½ hours. Those startling statistics should make every one of us pause and reconsider how our society is dealing with safety-related issues. Those numbers remained equally disturbing for 2015.

In fact, 2015 crash statistics remained stubbornly high. While there was a slight decrease in the number of deaths from the prior year – 3,531 in 2015 compared to 3.536 recorded in 2014, the difference was statistically negligible. For all intents and purposes, little changed. October alone saw a total of 356 people die in crash-related accidents – more than eleven a day! At least one city, Austin, saw the number of crash deaths in the city reach record levels through just the first nine months of the year. Those numbers were part of a broader trend across the United States that saw traffic deaths on the nation’s roads increase substantially in 2015.

According to those same DOT statistics, a total of 960 people died in crashes where alcohol use was involved – amounting to 27% of all crash deaths in the state. Mothers Against Drunk Driving (MADD) estimates that those numbers are even higher; according to their research, drunk driving fatalities totaled 1,446 for 2015, accounting for more than 40% of all deaths on the state’s roads. In either case, those statistics should serve as a sobering reminder of the dangers of driving while under the influence of alcohol.

Motorcycle deaths were another point of concern in 2015, as more than 436 operators and 459 motorcycle passengers died in crashes during the year. Of those, more than half were not wearing helmets at the time of the incident – leading some to question the wisdom of the state’s existing helmet laws.

Distracted driving, a failure to wear seatbelts, and poor road conditions were also factors that contributed to many of the state’s road deaths throughout 2015. Clearly, something needs to be done to address this ongoing epidemic. To date, a variety of different solutions have been proposed, though no concerted effort has yet been launched.

Efforts to Stop the Tragedy

That does not mean, however, that nothing is being done. To the contrary, there are ongoing efforts from the state DOT to educate the public and inspire change. For example, the state’s “#EndTheStreak” public awareness program was launched in an effort to draw more attention to the state’s abysmal 15-year uninterrupted streak of daily road and highway fatalities. In addition to that Twitter hashtag campaign, the DOT has launched a public service announcement campaign using platforms like YouTube to reach a broader online audience.

Meanwhile, cities like Austin are moving to adopt the Vision Zero goals that are gaining popularity in metropolitan areas throughout the United States. That road safety effort has its origins in Sweden and is premised upon the basic principle that even one traffic fatality is too many. At its core is a belief that all traffic deaths can be avoided, provided that the transportation system and public laws are designed in a way that emphasizes safety above all other concerns.

Such programs have seen some success in wealthy nations, but little success in the poorer countries. Sweden, for example, saw a reduction of 34% in its death toll from 1997 to 2009. While those results are impressive, it is worth noting that their original target goals were set to reduce traffic fatalities by 50% in the first ten years. They now hope to reach that goal by 2020 and eliminate all traffic deaths by 2050.

As effective as redesigned city streets and lowered speed limits might be, the fact is that those measures can never hope to completely eradicate the human death toll resulting from automobile crashes. To do that, society will need every driver’s participation in the effort. That means that we must all take affirmative action to do our part:

Avoid distracted driving. When you are behind the wheel of any vehicle, focus your complete attention on the task at hand.

Slow down. No matter how late you are, driving ten or twenty miles over the speed limit is not the answer. Instead, try to leave early or call ahead if you expect to be late. As admirable as punctuality may be, it is not a trait worth your life.

Wear your seat belt. Never leave home without it!

Motorcyclists, put that helmet on. It can save your life in a crash.

Leave your cellphone in the glove compartment, or some other area of the car that is out of reach. Tell friends and family that you will not be answering texts and calls while you are driving – but if a call comes in that you must answer, pull to the side of the road first.

Never, ever drink and drive. Period.

Texas roads will almost surely continue to be among the most dangerous places to drive on planet Earth until we collectively decide to change that status quo. The good news is that it is within our power to stop the trend of fatalities and save countless lives in the future. All we have to do is decide together that we are ready to make that critical change.