Fatal Car Accidents in Brownsville: How Common Are They? 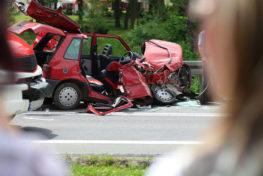 Texas had the most deaths in car accidents of any state in the union in 2018, the National Highway Traffic Safety Administration (NHTSA) says. There were 3,303 fatal motor vehicle accidents and 3,639 deaths across Texas in 2018, according to Motor Vehicle Crash Statistics published by the Texas Department of Transportation (TxDOT).

Residents of Brownsville and Cameron County may wonder how common fatal traffic accidents are in their border town.

The TxDOT report says there were 33 fatal accidents and 35 fatalities in Cameron County in 2018. That is just shy of 1 percent of fatal car accidents and car accident deaths in all of Texas occurring in the Brownsville area. It also amounts to about one fatal motor vehicle accident every 11 days.

Among the next smaller counties:

Where Do Fatal Car Accident Fatalities Happen in Brownsville?

The Texas DOT crash statistics break down the types of roads on which fatal car accidents occur. For Cameron County, the TxDOT reports fatal accidents in 2018 on:

Farm to Market roads are a type of secondary road unique to Texas that are narrower and more winding. They were designed to connect rural areas to city markets and make up well over half of the Texas highway system, according to Texas Monthly. Some FM roads are officially known as RM, or ranch-to-market roads because, when they were built in the 20th century, local ranchers objected to being called farmers by implication.

The NHTSA says approximately one-third of all motor vehicle fatalities involve speeding. In Texas in 2018, there were:

Almost 30 people a day die in drunk-driving crashes in the U.S., according to the NHTSA. That’s nearly one person every 50 minutes and more than 10,000 per year.

The TxDOT reports 513 fatal crashes caused by a driver under the influence of alcohol in Texas in 2018. Of 1,243 fatally injured drivers tested in 2018, 456 had a blood-alcohol concentration of 0.08 or more, which is per se evidence of drunk driving.

There were 850 DUI crashes overall and 940 DUI deaths in Texas in 2018. There were 189 more fatal crashes in which the driver had been drinking, the TxDOT says.

Texas statistics show 357 fatal accidents and 398 deaths in car accidents caused by distracted driving across the state in 2018.

How Can A Car Accident Attorney Help Me in Brownsville?

Too many car accidents in Brownsville lead to unnecessary deaths as well as serious injuries. If you have lost a family member in a car accident in Cameron County, Texas, caused by someone else’s negligence or recklessness, a Brownsville car accident attorney at Herrman & Herrman can help you seek full compensation for your losses and justice for your loved one.

Herrman & Herrman’s attorneys in Brownsville are ready to help if you have significant medical bills caused by another driver’s negligence or your auto insurance company is refusing an uninsured motorist policy claim. Let one of our knowledgeable Brownsville car accident attorneys review the facts of your case and explain your legal options in a free legal consultation. Contact us today.