Home Blog Motor Vehicle Accidents When and Where Fatalities Occur

When and Where Fatalities Occur 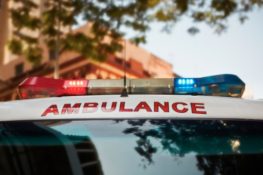 Car accidents come about by a variety of factors and circumstances. As a driver here in Texas, you may be interested to know when and where most car accident fatalities occur. Here is a list of the most deadly crashes, first broken down by road type then by the month in which they took place:

In total, there were 3,039 fatal crashes and 3,377 fatalities in Texas during 2013. The only other types of accidents responsible for claiming such a large number of lives are work-related accidents. According to the U.S. Bureau of Labor Statistics, they report that in 2011 there was a total of 4,693 fatal work injuries nationwide

And here’s one other interesting fact to consider if you’re an oil field worker. A 2013 article published by NPR drew a lot of attention to the fact that the fatality rate for gas and oil field workers is reportedly “eight times higher than the all-industry rate of 3.2 deaths for every 100,000 workers.”

If you have sustained serious injury in a car accident in Corpus Christi or the surrounding areas, our legal team is here to help. Contact the law office of Herrman & Herrman to speak with an experienced lawyer. Call 361-792-2358 to schedule a free consultation today!