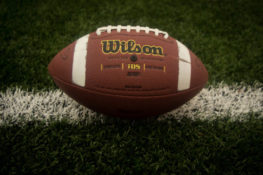 Football season is here! From Corpus Christi to the greater Rio Grande Valley, fans are gearing up for another exciting year. Whether you’re an NFL fan, college fan, or both, tailgating has become one of the best ways to kickoff gameday. While tailgating can be loads of fun when you’re cooking out and drinking with your friends, injuries are bound to occur if you’re not careful.

Who is liable for injuries that occur at tailgate parties? The answer to this question answer depends on where the tailgate injury occurred. If the accident happened on stadium grounds, the owner of that property could be found liable for the injuries that occurred. If the accident happened on university grounds and involved alcohol in an “alcohol-free zone” then the university could have some exposure to a lawsuit. The facts of the circumstances will dictate who is ultimately at fault for the incident.

According to Tailgatefan.com, there are a few common types of injuries to be on the lookout for while tailgating.

The less common injuries, of course, are much more serious and typically involve drugs and/or alcohol. It’s important to recognize if you’ve had too much to drink and NEVER get behind the wheel. The way most tailgate parties are set up, there are swarms of pedestrians in a parking lot. These pedestrians have also been drinking and you never know when one could dart out in front of your vehicle while you’re driving.

Be safe, have fun, and from the Herrman & Herrman, P.L.L.C., we wish your team the best of luck this season!