How Hollywood Got Auto Accidents All Wrong

Posted by Kristopher Rodriguez on April 24, 2017 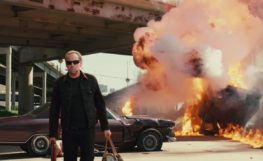 Action movies are indeed a treat to watch with their captivating scenes and insane effects. Enthusiasts and movie freaks tend to enjoy these graphic scenes as they get the adrenaline rushing and get the viewers on the edge of their seats. However, if you have ever been in a car accident personally, you must have witnessed the harsh reality. All the mesmerizing scenes on screen aren’t close to the experience of an actual car accident. Police cars hardly chase down in the huge streets and end up crashing over the cliff at the end. We have listed down some aspects that differentiate between a real accident and a simulated one in a movie.

In a typical movie scene, two cars have a head-on collision with each other. But quite surprisingly, apart from a few scratches both the drivers are completely fine. In fact, they get out of their cars to face-off each other in a yelling marathon which may lead to a fist fight. In reality, the situation is drastically opposite as a person that has been in a recent car accident would confess.
Once you are in a serious crash, you’re more likely to stay still and stunned for a brief period. In such scenarios, your brain malfunctions and you forget about important details including noting down the number plate, insurance information or contact information of the other person. It’s a small trauma that requires a few minutes for you to recover from completely.

A dramatic scene isn’t complete without the automobile catching fire in a car accident in the movies. Directors tend to do this to showcase the intensity of the scene. However, in reality, cars rarely sprung up huge flames on any impacts. The fuel pod is designed to be safe in emergency situations to avoid any huge mishap. Imagine if it wasn’t designed in this way, how much damage could be caused just by lighting up a cigarette in the car.

In movies, every car has superior maneuvering capabilities with an exceptional braking system. However, in reality, the situation is quite opposite as brakes quality vary from car to car and can play a major factor in auto accidents.

Bumps on the Road

Hollywood movies have cars that are unimaginably aerodynamic and with a single bump on the road, they’ll fly straight into the air and would land onto the earth with showers of spark. Astonishingly the car maintains its speed without causing much harm to the passengers. In reality, the situation is quite opposite as a single bump is easily absorbed by the car shocks and wouldn’t cause much harm.

In Hollywood, airbags tend to open in slow motion during the car accident but they tend to open a bit late after the accident. It gives a few laughs to the audience however if this delayed response was observed in real life, many big auto companies would have been sued by now for negligence.
Hollywood is indeed a great place to witness drama and action. However, relating it to reality can be quite difficult at moments. 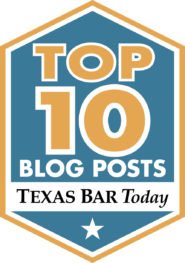