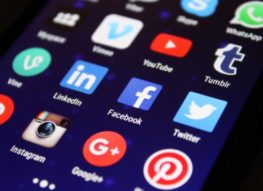 Social media platforms are becoming an important factor in the outcomes of some personal injury lawsuits. Because of that impact, it is critical that plaintiffs come to terms with the way in which social media can impact their cases.

The Explosion in Social Media Usage

As of 2015, there were a reported 3.17 billion people around the world actively using the internet – 200 million more than had access to cyberspace just one year prior. Of those, roughly 2.3 billion connected individuals maintained active social media accounts. Just as important, about 12 new social media users are becoming active on those platforms each and every second, adding an estimated one million new social media users to the total each day.

Facebook alone has more than 1.6 billion users. If it were a country, it would be the most populous on the planet, far exceeding the populations of nations such as China and India. YouTube, WeChat, and WhatsApp all have between 900 million and a billion users each. That’s billions of people posting each and every day, with many of them publishing the most intimate details of their lives online. And while that might seem relatively harmless on its face, all of that activity can prove detrimental when brought to light in any sort of personal injury lawsuit proceeding.

A Source of Information for the Defense

While you might be well-justified in thinking that your personal social media life is your own business, the courts and defense counsel will typically have an altogether different opinion on the matter. The fact is that your lawsuit represents a potential loss for the defendant and his insurers. No matter how justified your case might be, the people on the other side of your lawsuit have every reason in the world to want to disprove your claim. It is only natural that they would seek to use any information they can glean in their efforts to evade responsibility and liability for your losses.

The problem with social media is that most people just assume that anything they post on social media sites like Facebook or Instagram are private postings accessible only to their friends and followers. That’s why someone who suffers an injury today might feel perfectly comfortable posting a Facebook account of the great time they had at their six-year-old nephew’s birthday party next week. From their perspective, the injury and their afternoon at the party are two wholly separate things.

For a competent defense attorney, however, that Facebook post and other social media messages, photos, or videos may just provide the physical evidence needed to cast doubt on the severity of that plaintiff’s injuries. And that doubt may be all that is needed to undercut the actual damages that lie at the heart of that particular tort litigation. After all, if the defense can successfully argue that the plaintiff’s injuries have been overstated, then the very question of damages can be called into question – and that can in turn make the issue of liability a moot question. For if there are no real damages, then the very reason for the lawsuit fades away.

Social Media Can Impact You More than You Know

Plaintiffs need to remember that we all live in the digital age now. Everything you post online can and often is seen by more than just the people in your social network. For example, just consider all of the many employees who have lost their jobs in recent years due to the nature of various social media postings they shared with the world.

Or consider the case of the young woman whose seemingly happy demeanor in Facebook pictures was used by the defendants in a civil case to argue that she was not, as she claimed, suffering from emotional distress and “loss of enjoyment of life.” Nor is this an isolated incident. Facebook is now among the most commonly researched resources for defense attorneys as they try to counter plaintiff claims of damages in these personal injury suits. Some courts are often eager to oblige these requests for discovery. As one judge wrote in 2010,

“Plaintiffs who place their physical condition in controversy may not shield from disclosure material which is necessary to the defense of the action.” (Romano v. Steelcase Inc., 30 Misc. 3d 426 – NY: Supreme Court 2010)

Given that even seemingly innocent posts and pictures on your social media accounts can and will be interpreted in the worst possible way by the defense, it is incumbent upon you to take precautions to ensure that you do not harm your own case through your use of those platforms.

As uncomfortable as it might be to hear, it is critical that you always remember that your lawsuit is an adversarial proceeding. Your opponents will use every fact available to them in an attempt to defeat your claim – including innocent posts you share with friends and family on your favorite social media platforms. Knowing that, it falls to you to ensure that your accounts don’t provide the defense with the ammunition it needs to deny you the compensation you deserve.