Home Blog Personal Injury My Neck, My Back: The Important Facts about a Herniated Disc

My Neck, My Back: The Important Facts about a Herniated Disc 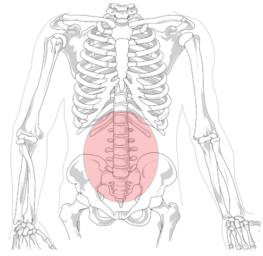 This is the first part of a 3 part series called “My Neck, My Back” on neck and back injuries, common injuries that are often sustained as a result of a motor vehicle collision. The first part of this series will explain the difference between a disc bulge and a disc protrusion or herniation.

According to Dr. Randy A. Shelerud, M.D. of The Mayo Clinic, there is a significant difference between a disc bulge, and a disc herniation or protrusion:

“Discs act as cushions between the vertebrae in your spine. They’re composed of an outer layer of tough cartilage that surrounds softer cartilage in the center. It may help to think of them as miniature jelly doughnuts, exactly the right size to fit between your vertebrae. A bulging disc extends outside the space it should normally occupy. The bulge typically affects a large portion of the disc, so it may look a little like a hamburger that’s too big for its bun. The part of the disc that’s bulging is typically the tough outer layer of cartilage. Bulging usually is considered part of the normal aging process of the disc. A herniated disc, on the other hand, results when a crack in the tough outer layer of cartilage allows some of the softer inner cartilage to protrude out of the disc. Herniated discs are also called ruptured discs or slipped discs.”

Dr. Michael Perry of the Laser Spine Institute goes into further detail about the differences in bulging and herniated discs:

“The terms “herniated disc” and “bulging disc” sometimes are used interchangeably, but there are differences between the two conditions. Before those differences are explained, it might be helpful to understand their similarities. Both conditions affect the intervertebral disc, a spongy, oval-shaped “shock absorber” that is located between vertebrae. Discs cushion the vertebrae, contribute to flexibility and help to protect the spinal cord. Discs are composed of a gel-like center (the nucleus pulposus) and a tough, fibrous outer layer (the annulus fibrosus). A herniated disc or bulging disc often is referred to colloquially as a slipped disc and a ruptured disc. No matter what you call them, these conditions can lead to nerve root irritation or impingement, which can cause traveling pain, numbness, tingling, muscle weakness, and other disabling symptoms.”

“A bulging disc is “contained.” This means no tear or rupture is present within the outer layer of the disc. A small “bubble” protrudes into the spinal canal. No portion of the nucleus pulposus has leaked out of the disc.”

“A herniated disc is “non-contained,” which means a tear or rupture is present. A portion of the gel-like nucleus pulposus has leaked into the spinal canal. A herniated disc might have begun as a bulging disc, but created so much pressure on the outer wall of the disc that a rupture occurred.”

If you are experiencing neck or back pain after a motor vehicle collision, it is important to visit a doctor immediately.

*This blog is for informational purposes only and is not to be misconstrued as legal or medical advice.