Mental Health Problems in the Aftermath of Accident-Related Injury 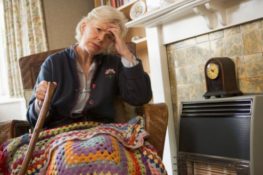 If you’ve ever been in an accident and suffered any sort of injury, chances are that most of your attention was focused on the physical damages you endured. Broken bones, torn ligaments, and strained muscles are the most obvious effects of any accident, and it is those injuries that often receive the lion’s share of attention from medical personnel. Sadly, however, physical injuries are not the only problems that you can experience in the aftermath of an accident. In many instances, those accident-related injuries can leave you suffering from mental health problems as well.

Automobile crashes take a heavy toll on the nation’s citizens, with millions of vehicular accidents and more than 2 million injuries suffered each year. Along with those injuries, many victims endure months of treatment, time away from work, and the frustrations and stress that come from dealing with medical providers, insurance adjusters, and repair shops. Far too often, these ongoing stress situations can mask mental health issues created by the trauma of the crash.

According to information highlighted by the American Psychological Association (APA), research from one study of 161 motor vehicle accident victims revealed that 110 of them were diagnosed with Post Traumatic Stress Disorder or PTSD. Another 33 of the study participants were found to have subclinical PTSD – while only 18 were free from the condition entirely. Moreover, six out of every ten of those injury victims suffering from PTSD were also found to be suffering from major depression. Given that and other studies, it is only reasonable to conclude that mental health problems like PTSD are relatively common for other crash injury victims as well.

In addition to PTSD, other studies have revealed that crash victims often suffer other mental health consequences after an injury. According to one British study, more than one-third of crash victims end up experiencing either Post Traumatic Stress Disorder or some variety of depression, anxiety, or phobia, and that these problems can linger of more than a year after the accident. Moreover, the research suggests that these psychological effects can occur even when the actual physical injuries are minor. Anxiety and phobias can take a variety of forms, ranging from discomfort and nervousness about driving or being a passenger in a motor vehicle to being near the site where the accident took place.

The Effect on Victims

Victims who experience these mental health complications typically struggle with the consequences. Often times, they experience problems at work, unexplained emotional outbursts, and even loss of sleep. Many simply conclude that they are under stress as a result of their injury and never pursue the help they need. Some even experience problems with personal relationships for weeks and even months after the incident. It is also not uncommon for these injury victims to lose their appetite, become listless and disinterested in things that previously excited them, lose or gain weight, and experience a drop in the desire for sex and other expressions of intimacy.

Studies do seem to indicate, however, that there is some evidence that the post-trauma stress that motor vehicle accident sufferers experience can also take the form of what clinical professionals refer to as “subsyndromal” PTSD. This partial PTSD typically causes the victim to present only some of the common symptoms associated with the stress disorder – namely, hyperarousal and a tendency to feel as though the accident is something that they are continually re-experiencing. In these instances, patients typically experience few avoidance issues or bouts of emotional numbness. Research suggests that victims experiencing partial symptoms tend to recover much quicker than those with full-blown PTSD.

Mood disturbances appear to be one of the most common forms of mental health complication experienced by car accident injury victims diagnosed with PTSD. One report found that 53% of those diagnosed patients were suffering from major mood disruption. Even more distressing is that studies reveal that women who experience PTSD are 1.4 times likelier to experience substance abuse problems than those who don’t suffer from the disorder. More alarmingly, men are 5 times more likely to turn to substance abuse when they suffer from PTSD.

Some studies have sought to determine how chronic pain symptoms correlate to instances of PTSD. Several of these research efforts have concluded that the presence of chronic pain appears to have an impact on the development of various types of post-traumatic stress, and evidence suggests that much of the psychological stress these patients experience can be attributed to various levels of physical discomfort and impairment.

As you might expect, there have even been studies that attempted to determine whether there was a relationship between reported instances of psychological distress and litigation. Researchers tested assumptions regarding pain and traumatic stress reports within the context of victim lawsuits and found no correlation. Simply put, anyone who tries to tell you that you only think your accident caused some sort of psychological damage is probably operating under the false belief that your PTSD is a fiction created to bolster your lawsuit claims.

The most important thing you can do in the aftermath of any accident that results in an injury is work to be cognizant of your own emotional and mental state. If you feel irritable, confused, angry, or frightened for days or even a few weeks after the event, rest assured that this is normal. If it continues, however, report it to your doctor and tell him or her exactly what you are thinking and feeling. The worst thing that you can do with any mental health concern is ignore it and hope that it simply goes away.

It is also important that you report these things to your attorney, especially if you are pursuing a legal claim to recover damages for your injury. Your Texas personal injury attorney needs to know about any pain and suffering that you are enduring so that you can get the medical treatment you need and the monetary recovery that you deserve. The good news is that, with care, attention, and the assistance of an experienced attorney, you can be made whole again.