How Modified Comparative Negligence Can Affect Your Texas Claim 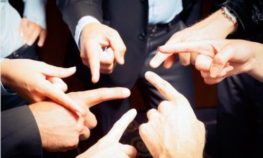 When an injured party is making a claim against another party, the Court will sometimes apportion some fault to the injured claimant for the event that led to the injury. If it is determined there is shared or apportioned liability, the Court will allocate a percentage of fault to every party involved, including the injured party. This legal principle is known as “modified comparative negligence”. When this rule is applied, the award the injured party ultimately receives is reduced by the percentage of fault applicable to that party. Keep in mind, if an injured claimant is found to be more than 50% at fault of the incident that led to the injury or injuries in question, that party cannot recover anything.

All Courts in the State of Texas follow the modified comparative negligence rule. As such, insurance companies often cite this rule when apportioning fault and determining liability. It is important that if you are ever injured, you retain the counsel of a personal injury attorney who can analyze the injuries and the situation the injuries arose from, to give an injured party a clear picture of where fault lies, and what hurdles an insurance company may present when it comes to modified comparative negligence and injured claimants.

Call Herrman & Herrman, P.L.L.C., at (361) 882-4357, to discuss your personal injury claim and the modified comparative negligence rule may affect you.