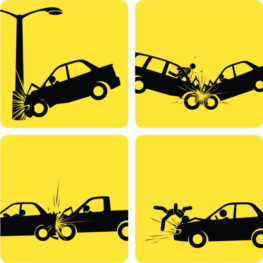 Car accident fatalities across the U.S. dropped 3.1 percent and have fallen almost 25 percent in the past decade, reaching historically low levels, according to the 2013 Fatality Analysis Reporting System (FARS) report recently released by the National Highway Traffic Safety Administration (NHTSA).

Despite the decline in fatalities, 32,719 people lost their lives in fatal motor vehicle collisions in 2013, averaging out to 1.10 deaths for every 100 million-vehicle miles driven. The number of people sustaining injuries in vehicle-related collisions also fell by 2.1 percent (down to 2.3 million) between 2012 and 2013.

Despite the increase in the number of vehicles being recalled by the automotive industry, MarketWatch attributes the drop in car accident fatalities to the safety features and technological advances being incorporated into recent vehicle models.

Many different safety features and technological advances are making a difference when it comes to driver and passenger fatality rates. Take seat belts, for example. Out of all the vehicle occupants who survived a fatal collision in 2013, only 16 were not wearing seat belts. In 2013, close to 50 percent of all fatally injured vehicle occupants were unrestrained at the time of the fatal collision. States with universal helmet laws only saw 150 un-helmeted fatalities during 2013, while states without universal helmet laws saw 1,704 un-helmeted fatalities.

Some of the other built-in safety features and technological advances that can increase survival rates of drivers and passengers involved in motor vehicle accidents include:

Why Drivers Must Balance Safety and In-Vehicle Technology

While self-driving vehicles may be the future of transportation, it is important for drivers to remember it can be dangerous to rely solely on in-vehicle technology. Relinquishing any control of your vehicle could put you, your passengers and other people unnecessarily in harm’s way. Any type of distraction, technological or otherwise, may result in a driver taking his or her eyes off the road, hands off the wheel or attention off the task of driving. When this occurs, the potential for being involved in an accident involving injury or a fatality will go up.

If you have been seriously injured in a car accident, or have recently lost a loved one in a vehicle-related accident, contact Herrman & Herrman, P.L.L.C., right away. Our Corpus Christi car accident attorneys have more than 100 years of combined legal experience.