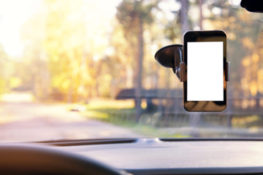 As cellphone usage has become ever-more pervasive in recent decades, and as smartphones have come to be almost commonplace, there have been many efforts to convince drivers to use hands-free technology when talking and texting on the road. The move has been motivated by a desire to reduce the high number of distracted driving crashes that occur each year due to drivers who allow their cellphones to take their attention away from the road and is driven by a common belief that hands-free talking and texting reduces that distraction and thus improves safety. According to safety experts, though, that’s simply isn’t the case.

In fact, those experts tend to agree that hands-free talking and texting could make our roads even less safe, as drivers gain a false sense of security from the technology. So, while a total of 14 separate states – as well as the District of Columbia – have passed legislation banning the use of hand-held cellular phones, those who have studied the issue suggest that the bans may not have the desired impact. And while some might dismiss such worries as unfounded, there is actual science to support the idea that talking or texting while driving is always dangerous, regardless of whether or not you’re actually holding the device in your hand.

In 2015, researchers at the University of Utah conducted studies at the behest of the AAA Foundation for Traffic Safety, and specifically examined drivers’ ability to function while using hands-free devices behind the wheel. In one study, they determined that drivers were highly distracted even when all they were doing was issuing voice commands to their smartphones. In the other study, in-vehicle information systems were tested, and all ten of the systems that were evaluated were found to be at least moderately distracting. Worse, that distraction can persist for as long as 27 seconds after the tech use ends.

Moreover, most interested observers have been quick to give credence to these results, since the researchers in question were also largely responsible for another study conducted in 2009 on the danger of hand-held texting. In that study, the University of Utah group discovered that drivers who text behind the wheel can be as much as six times more susceptible to a distraction-related crash than drivers who aren’t texting.

The research group’s study on hands-free texting and talking used simulator technology to evaluate response time to road dangers, cognitive function, and even things like how often red lights were ignored, and found that the distraction caused people to make the same types of mistakes with roughly the same frequency – even when using hands-free devices. Surprisingly, driving errors during hands-free texting and emailing occurred at a higher rate of frequency than hands-free or hand-held talking.

Why the Danger Rises with Hands-Free

When states first began flirting with banks on the use of hand-held phones while driving, most ban advocates expected to see a sharp decrease in crashes. Instead, they saw no reduction and even a slight increase in some cases. The Insurance Institute for Highway Safety’s 2010 report on traffic safety and the impact of those laws noted the disappointing results and opined that the failure to reduce crash rates could indicate that any new laws banning hand-held phone usage might not have the impact safety experts anticipated.

The big question is why. How could it be that a ban on talking or texting with hand-held devices didn’t end up having that positive impact on crash rates that experts predicted? Why do studies indicate that texting with hands-free devices is actually more dangerous than talking on a hand-held phone? According to the Utah researchers, there are multiple factors at play.

The first problem is that it turns out that your hand has nothing to do with the distraction. Whether you’re holding the device in your hand or using it hands-free, the distraction is occurring in the brain, and it is the brain that ultimately controls how you respond to events in and outside of your vehicle. That’s why you can continue to suffer from distraction for almost half a minute after you stop interacting with your hands-free device.

But there’s a deeper psychological risk at work as well. Because we’ve been told that hands-free is safer, our minds tell us that we’re at less risk when we’re not interacting with our phones in the physical manner required during hand-held usage. That false sense of security makes us believe that hands-free technology has reduced our risk – which in turn causes us to be less careful about what we’re doing. In short, because you mistakenly believe that you’re safer using hands-free, you actually end up taking more risks without even knowing it.

That false sense of security is something that we should have been addressing as a society some time ago. As recently as 2009, the AAA Foundation for Traffic Safety found that roughly two of every three Americans drivers believed that cell phone conversations on hands-free devices were safer than those conducted with a phone in their hand. The reality, however, is that drivers who are distracted by their phones can miss as much as 50% of the things occurring on the road around their vehicle.

The bottom line is simple and easy to understand: distracted driving can occur regardless of what you’re doing with your hands. Ultimately, safety experts remind us that there are three things that you need to effectively and safely drive:

In the end, it doesn’t matter whether that call or text is being sent or answered using a hand-held or hands-free device. The distraction is there because your mind is at least partially focused on something other than the road – and that can lead to crashes, injuries, or even death. No call or text is worth those dire consequences.

And remember, if you’re in an accident related to distracted driving or any other contributing factor, always be sure to contact an experienced personal injury lawyer to ensure that your best interests and rights are preserved.